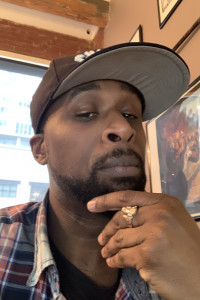 SCREEN If you could be the host of any game show in television history, what would it be?

JONATHAN: Family Feud. You get to meet celebs and see where America stands on ridiculous surveys.  Also feud is spelled weird, or is it just me?!

Last year I zoomed with Shaq and partied with Chance and Bieber! I was fortunate enough to work on the “Icy Hot” campaign and Chance’s movie Magnificent Coloring World, freaked out at the after party when Biebs himself walked in.

[Editor’s Note: Take a look at the trailer for Magnificent Coloring World…]

JONATHAN: Gyu Kaku. Japanese BBQ. I think no joke have taken over a dozen people there for the first time.  I’m unapologetically obsessed with it.

SCREEN: If you can play any superhero in a major motion picture, who would it be?

I want to say Iron Man cause of the cool toys but Deadpool, he has more fun. He gets to swear, I have a potty mouth.

[Editor’s Note: speaking of potty mouth, here are some banned Deadpool outtakes for Jon and for you…]

JONATHAN: Orange Crush by R.E.M., I used to do it on Rock Band when that was a thing, and thought it was funny cause people expected me to rap… because i’m a dope rapper.

JONATHAN: My Al Bundy moment is long jumping 20 feet during a track meet. Only time I ever did it, I averaged 18.5. I think the kid measuring made a mistake but I’ve told no one until now.

JONATHAN: Too Hot Too Handle on Netflix, intellectual reality show, my fiancé and I love the conversation between all the attractive singles.

Thanks for playing, Jon! For the latest outstanding creative content from Jonathan and the fine folks at Optimus, click right here.