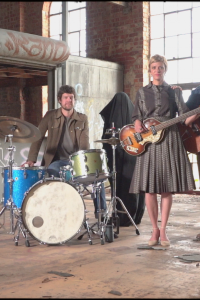 Lola Lott, charlieuniformtango principal/CEO announced director/editor Justin Wilson’s new music video for the band The Cush has been accepted into the Austin Lift-Off Film Festival. The tango team for the video included Tony Wann as co-director/motion graphics, and Artie Pena on color.

Let’s take a look at this new video from Wilson and his team:

Describing the video, director Justin Wilson said, “My vision for this video was to introduce the menace early on and then ratchet up the tension by putting the band in a more exposed, infrared surrounding that gets more trippy along with the music. The band was incredibly open to several of my concepts, but they and the label gravitated towards this one, which I loved since it was the most ominous idea I’d given them. We went to a small town out west called Clifton to shoot some of the narrative and used a few dilapidated locations in Fort Worth to explore the theme of running from your fears until you’re forced to face them, which our narrator does at the last moment and you see the “hater” recede. I really like how it ended, with a portrait mirroring the opening shot, but this time having made peace with our demons.”