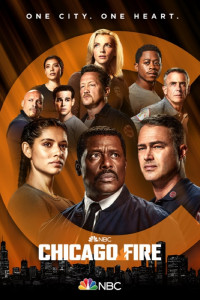 “Judge Not, For You Will Be Judged” is the title of Episode 18 of Chicago Med, set to debut Wednesday, April 13th, at 7 p.m. Central, to kick off the highly popular #OneChicago lineup. Here’s the official synopsis: Archer and Hannah clash over a patient with close ties to Goodwin. After a patient is shot during a home invasion, Dylan and Crockett help with the investigation. Maggie and Will work to protect a patient who is in the country illegally.

Here’s the official synopsis for Wednesday night’s new episode of Chicago Fire at 8 p.m. Central, entitled “What’s Inside You”… Firehouse 51 must band together when one of their own is taken hostage.

OneChicago Wednesday wraps up with the 9 p.m. Central brand new episode of Chicago P.D. Here’s the official synopsis for “New Guard”: Halstead takes a new recruit under his wing during an investigation. The dynamics are challenging, however, and questions arise over the recruit’s complicated past.