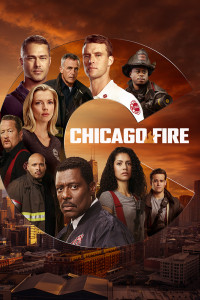 The highly successful Dick Wolf #OneChicago triumvirate of Chicago Fire, Chicago PD, and Chicago Med, which has led the historic resurgence of the Chicago production industry over the last ten years, is back on the beat this week. The franchise that started it all, Chicago Fire, will begin filming its landmark 10th season this Wednesday, July 21. As you might expect, the first day of shooting is scheduled to take place at the set for “Firehouse 51,” which is actually Chicago Fire Department Station 18, located at 1360 S. Blue Island Ave on Chicago’s South Side. Cinespace Film Studios and their expansive stages are home to all three #OneChicago series when they’re not on location. Fire will be filming twenty-two episodes in all – which will include its landmark 200th offering – with an anticipated wrap date in mid-May of 2022.

Season Premiere Date Is Set, Which Cast Will Stay or Go?

You can mark your calendars for the season premiere as the date is set: Wednesday, September 22nd. The OneChicago triumvirate will continue its rule over Wednesday Night TV, with Chicago Med leading off at 7 pm Central, followed by Chicago Fire at 8 pm and Chicago PD closing the night at 9 pm Central.

If you’re wondering who’s in and who’s out for Season 10, the core cast appears to be intact heading into filming. There are a couple of Season 9 cliffhangers that will need to be resolved which will impact the fate of Squad’s members, namely what the future will hold for “Stella Kidd” (played by actor Miranda Rae Mayo) and whether “Chief Boden” (played by Eamonn Walker) will be looking to leave 51 in for a new position in the CFD.

Here’s the preview of that Season 9 finale that left the fates of several cast members in doubt. Click here to watch the full episode on NBC.com…

NBC has not confirmed any cast departures to date, suggesting most of the cast should be returning for Season 10, including Jesse Spencer, Taylor Kinney, Joe Minoso, Randy Flagler, Anthony Ferraris, Kara Killmer, David Eigenberg, Alberto Rosende, and Chicago-theatre-veterans-turned-TV-stars Daniel Kyri and Christian Stolte.

Beyond that, Adriyan Rae, who played paramedic Gianna Mackey, exited Chicago Fire amicably at the end of March. Meanwhile, Hanako Greensmith, who entered the Firehouse as recurring character “Violet Mikami” in Season 8, has been promoted to series regular for Season 10.

Now is a great time to catch up on your #OneChicago episodes, and you do so by clicking here to head to NBC.com and Peacock.

Check back at Screen Magazine for updates on cast additions, trailer releases, shooting locations, and much more as the #OneChicago series forge ahead into production this month.