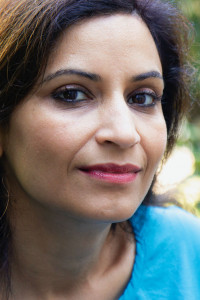 There are five producers in Chicago you need to know, and five projects you’ll want to add to your radar for the months ahead. These five filmmakers were selected to Full Spectrum Features’ Chicago Independent Producers Lab, currently underway throughout the summer. This initiative is being supported by a $65,000 NBC Universal Foundation’s Project Innovation Grant awarded to Full Spectrum Features and their executive director Eugene Sun Park this week. Let’s get to know these five promising producers and their projects-in-development.

The Chicago Independent Producers Lab launched with the founding principle that producers are the creative entrepreneurs who make a thriving independent film industry possible. Seeing a gap in the number of feature film productions – particularly narrative film – being produced in Chicago, by Chicago-based crews, Full Spectrum Features partnered with the Chicago Film Office to design the Lab to increase the number of independent producers working in the city, and to deepen their professional networks and producing expertise with the goal of shepherding producer-driven projects to viability.

The five participating producers, selected from a competitive application process earlier this year, stood out for their experience, and their commitment to community and equitable storytelling. Each producer will grow and apply their skills to the development of their respective in-progress feature film.

“These are accomplished and ambitious producers,” said Eugene Sun Park, executive director at Full Spectrum Features. “They’re invested in telling relevant and important stories and we’re eager to support them in this effort.”

Kwame Amoaku, director of the Chicago Film Office, added that “Chicago’s independent film producers need the tools to build their own table instead of asking for a seat at someone else’s.”

The 2021 Chicago Independent Producers Lab participants and their in-development projects are:

Anuradha Rana’s (pictured above) immigrant roots are at the heart of her films, creating the lens of a curious interloper, where everyday characters push conventional boundaries. She is an Associate Professor at DePaul University and the Creative Lead for Kartemquin Films’ Diverse Voices in Docs Fellowship and Community Film Workshop. She was named one of Chicago’s 50 Screen Gems in 2017 & 2019 and a DCASE esteemed artist in 2021. Anu’s project, The Punk Show in Chicago, is a comedy about a pregnant Kansas City teen who convinces her best friend to go to a punk show with her in Chicago.

Bridget Botchway Bradley is a Ghanaian-American film and video producer (pictured here) based in Chicago. Bridget has produced a variety of work spanning documentary, narrative, and commercial. She was selected as a 2017 Diverse Voices in Docs Fellow at Kartemquin Films and holds an MFA in film production from Columbia College Chicago. Bridget’s project Bucket Boys follows an impressionable teen on the cusp of college who witnesses a crime and is forced to reconcile his past and reevaluate his future.

Eseoghene Obrimah is a writer and producer from Lagos, Nigeria committed to telling stories that imagine what freedom looks like. Her films center Black women and analyze social issues through the genres of fantasy, magical realism, Afro-surrealism, and Africanfuturism. Ese’s project, Second Sunday, follows the Halloway family, who stop attending church in order to protect their transgender son only to find themselves stalked by the church’s possessive new pastor.

Christina Shaver was born and raised in Chicago and attended Northwestern University and the Harold Ramis Film School. She recently produced her first feature, Cecily and Lydia at the Waypoint, and is a member of Chicago Media Angels and serves on the Creative Cabinet of Independent Film Alliance Chicago. Christina’s project, You, Me, and Monica Lewinsky, tells the story of a journalist who, after receiving the career-making assignment to interview Monica Lewinsky, is haunted by the affair she had with her high school English teacher.

Here is your first look at Shaver’s recently produced feature Cecily and Lydia at the Waypoint:

Peter Lyngso grew up in Chicago’s north suburbs. As a creative producer and media strategist with Studio Sankara, Peter has big ambitions to bring radical stories to audiences worldwide. He is passionate about organized labor, revolutionary history, kindness, coffee, and scheming. Peter’s project, Goodnight Goodnight Goodnight, follows a ten-year-old Black girl as she sets out through Chicago’s snow-glutted streets in search of her missing mother.

Check back here at Screen Magazine as these five promising producers forge ahead with their projects-in-development. For more about the Full Spectrum Features Chicago Independent Producers Lab, click right here.