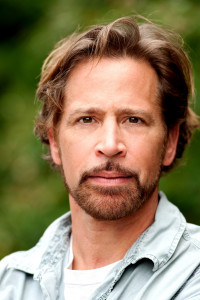 Director John Mossman knows a thing or two about the good-guy-with-a-gun theory. A lifelong hunter and target shooter, he has witnessed its ability to upset liberals and thrill conservatives, to be a trigger among triggers, time and again. That’s one of the reasons why he decided to use it as the title for his next movie, which is currently filming in Lockport, Illinois, and the Chicagoland area, through Friday, September 3rd.

Good Guy With A Gun is the story of a young man trying to find his place in the world. The search begins when his father is killed by violence in Chicago and he moves to the country with his mother. He makes bad choices, endures life-threatening consequences and, of course, gets into guns. According to Mossman, who also wrote the script, it is “one Midwestern boy’s journey into the heart of darkness.”

“But it has its charm,” he adds. “It’s really a coming of age story, a family drama, a rural noir about a woman and her son.”

Mossman is a Chicago-based director, writer, editor, actor, Columbia College instructor, and co-founder of The Artistic Home Theatre Company. He has won dozens of honors, including several Best of Fests for his 2012 feature, Into The Wake, which the Chicago Journal describes as, “a full-throttle, backwoods horror/thriller,” as you can see for yourself in this preview…

Mossman completed the script for Good Guy with a Gun during a three-day binge of creativity sparked by the violence he witnessed on TV during the January 6 insurrection in Washington, DC…

“I had to get it off my chest, my shoulders, my mind, because it’s something that I’ve been thinking about for years,” Mossman recalls. “I want to expose the fallacy of the good guy with a gun who has an apocalyptic worldview: if you carry a gun and use it, your life will never be the same. It is going to take a toll on your psyche.”

The things he had been thinking about mostly involved the “new rash of people wearing guns in public to intentionally intimidate others.” The story he wrote includes “some glimmer of hope amidst the remorse and guilt and repentance they endure as a result of their actions.”

Mossman won’t reveal exactly what actions lead to the guilt and repentance in the film, but he promises that they will come with a downhome dose of suspense, introspection, humor and a least one twist. “Going into the heart of darkness, a darkness of your own doing, is a lot of fun,” he says. “Until it’s not.”

The mood of the story will be similar to those depicted in films like Deliverance, A Simple Plan, Winter’s Bone and Apocalypse Now — “trying to hide your actions because you will always be looking over your shoulder.”

Most of the filming will take place at HellsGate Haunted House, a 60-acre parcel of quarries, ponds, woods, backroads, paintball fields and, yes, a haunted house in Lockport, IL. The location is owned and managed by actor/filmmaker John LaFlamboy (Days of the Living Dead), who also plays the role of a police officer in Good Guy.

Veterans and newcomers headline the cast that will help Mossman dial up the aforementioned charm in Good Guy With A Gun. DePaul University Sophomore Beck Nolan plays teenager Will Greenwood, a “good, smart, sensitive kid,” who is trying to cope with “all this anger and fear and grief that he’s feeling — like many 16 year olds,” alongside newcomer Jack Cain, who plays fellow teenager Jonah. Stage veteran Tiffany Bedwell plays his mother, Tessa, “a sardonic, supercool city dweller” who “discovers her inner-badass” when she confronts a crisis involving her son.

Joe Swanberg, best known in Chicago circles for his work as the director of indie gems such as Sundance pick Happy Christmas and SXSW critics fave Drinking Buddies, steps in front of the camera to play Tom Greenwood, a father, husband and, according to Mossman, “the original good guy without a gun.”

Other notable cast members include Chicago improv legend David Pasquesi (also a series regular on Veep) as a small town lawyer; Steppenwolf ensemble member Ian Barford (Linda Vista) as a local father; and Mossman as a nefarious instigator who “represents the corroded, angry, red-hot calculating core of the movement.” Mossman refers to the lineup as a “dream” and credits “the great Claire Simon” for putting it together.

Mossman has enlisted Chris Lane, who was part of a “hardworking crew that went through rivers, swamps and cliffs” while filming Into the Wake, as Director of Photography. He hopes to achieve picture lock by the end of the year and then transform the color into something that resembles “David Lynch and Joseph Conrad living in a house painted by Norman Rockwell.”

A Complicated Relationship with Guns and the NRA

Since major plot points rely on incidents involving firearms, Mossman has taken steps to ensure the wellbeing of his cast and crew during production. “Every person has talked to me about their history and feelings with guns,” he says. “Some people have a really complicated relationship with it.”

Among those in the complicated group is Mossman himself. An enthusiastic gun owner, no doubt, he also describes himself as a “staunch opponent of the NRA.”

“The first NRA course I took was in the basement of our Methodist church when I was 12 years old,” he recalls. “Then my father took me out plinking (aka, do-it-yourself target shooting) in a quarry in Baraboo, WI.” The father and son shot cans with small-caliber, single-action bolt rifles — “the kind that a kid could learn properly on,” he explains.

“Then,” he continues, “my father took out an old Colt pistol and told me that there is only one reason for this gun: killing someone.”

Although he describes the moment as a “dark memory,” he says that the film shines a crucial light on something even more powerful. “If America is a family, it’s a fractured one; but I firmly believe we can come together and help see each other through dark times.”

Of course, certain characters in Good Guy With A Gun disagree with these opinions. To better understand them, Mossman went to the motherlode of “people who are stockpiling and arming themselves for the day when it all falls apart”: the Internet.

“I have spent years engaging with the online, mostly white ‘pro-gun’ crowd,” he says. “You wouldn’t believe how hard they come down on me; but I discovered that if I call in a couple of my friends who have some cred, like a Navy Seal, they will go away.”

Despite all the research and implications of the title, Mossman insists that the film is “not about guns.” Instead, he says that viewers should expect to receive a greater, unifying and fairly unexpected message.

“It’s a coming-of-age story where no one is purely good or evil, where characters reveal deeper complexities than one might expect and they eventually discover who they are,” he says. ““We live in a world of gray area, where there isn’t a white hat and a black hat, and our souls pay a price for thinking otherwise. But even on the darkest journey together, we can bring out our better selves.”

Good Guy with a Gun is now filming in Illinois, wrapping later this month. Check back here at SCREEN for updates as this film forges ahead, eyeing a release date target of early 2022.