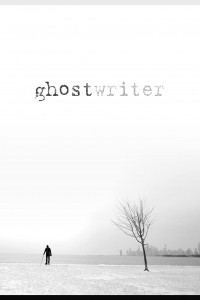 Ghostwriter, an Illinois-made dramatic feature film, will have its Chicagoland area premiere at the Pickwick Theatre in Park Ridge on Wednesday, September 29. The film follows a bartender, struggling for years as an unpublished writer, who helps a combat veteran face his fears over publishing a short story about his time in Iraq.

Ghostwriter recently made its world premiere at Dances with Films (DWF:LA) in Los Angeles on August 29th, a festival showcasing fiercely independent films.

Here is your first look at Ghostwriter:

Tim Miller is making his feature film debut as Director and Producer with Ghostwriter. Tim has worked as an actor, writer, and producer of theatre in Chicago and New York. His past work also includes the short film Tightheads. Ghostwriter was originally an unproduced play by writer Jim Lynch. After meeting Tim in 2019, they developed the script for the screen.

The original idea for the story came from actor David Lawrence Hamilton. In 2013, David was one of the leads in a play written by Jim Lynch, CCX. David told Jim that the idea of becoming an actor came to him while he was serving in Iraq. He told his buddies, ‘if I make it home from here, I am going to become an actor.’ Jim later used that moment as a starting point for Ghostwriter, turning the main character into an aspiring writer.

“There was an easy flow with small moments of humanity that pulled me in from the start. A couple of unknown faces in a big city who found ways to overcome great loss and quietly help each other become better  versions of themselves. Something I felt was in short supply in the world around me,” said Miller. “There was the passion and perseverance of Chicago artists, something I had always wanted to capture on camera, as well  as the view of a man who starts a writing career as a promise to a close friend in the military during wartime  and how he uses art to shoulder the weight of his own survival against those who didn’t make it.”

“I was ecstatic to work with so many gifted cast and crew members. Filming in the middle of winter with a very tight schedule and several locations was a  challenge, but one we were up for tackling. I am extremely proud of all involved in this project. It is a true testament to the level of dedicated talent we have here in Chicago,” said Farris.

For more information on the film, click right here.

To buy tickets to the September 29 Premiere, click right here.