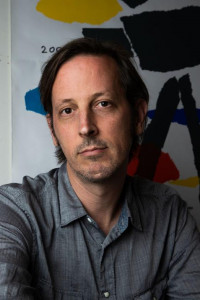 Award-winning writer/director Michael Glover Smith (Mercury in Retrograde, Rendezvous in Chicago) will begin principal photography on his fourth feature film, Relative, this month, and his full cast and crew are set and ready to roll.

Originally set to shoot in May 2020 but postponed for a year due to the COVID-19 pandemic, the comedy/drama will tell the story of a weekend family get-together revolving around a college graduation party. Smith told SCREEN he considers it his “most ambitious” film yet, something evidenced by the large ensemble cast: Wendy Robie (Twin Peaks) and Steppenwolf ensemble member Francis Guinan will star as a married couple living in a historic Rogers Park home.

Smith, who cites influences as diverse as Jonathan Demme’s Rachel Getting Married and the family dramas of Yasujiro Ozu, says he has continually refined the script over the past year: “The screenplay was originally 120 pages long but, after having to live with it for longer than I’ve ever lived with any script, I’ve gotten it down to 94 pages. The pandemic really forced me to be laser-focused about exactly what it was that I wanted to say. Relative has a big cast and it addresses big themes but, within the structure that I’ve devised, I think it’s going to be a very tight film.” Smith seems particularly excited to explore family dynamics, and “how one can simultaneously be incredibly close to the members of one’s immediate family in some respects while remaining incredibly distant from them in others.”

Relative will begin filming June 19, with an expected wrap date of June 29th. The team will be making its way through the city, as well as near-Chicago suburbs Skokie and Wilmette. Notable filming locations range from an epic 1895 Victorian house in Rogers Park to the popular craft beer bistro Hopleaf in Chicago’s Andersonville neighborhood.

A festival debut of Relative will likely occur in 2022.

In the meantime, you can enjoy Glover Smith’s latest festival-winning offering, Rendezvous in Chicago, on Amazon Prime, courtesy of the film’s distribution partner, Cow Lamp Films. The feature will receive its television premiere via PBS Wisconsin’s Director’s Cut on Friday, July 9. And it’s worth mentioning that Chicago Sun-Times critic Richard Roeper recommends you take the time to watch Rendezvous, deeming it “exhilaratingly entertaining” in his rave review of the film. Here’s a quick preview:

Check back here at SCREEN for updates as Michael Glover Smith and his team forge ahead into production on Relative this month. 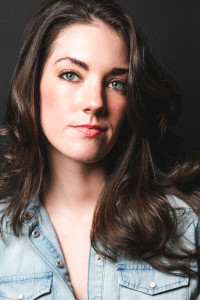 You Must Watch Clare Cooney’s New Film. Everybody Else Is.