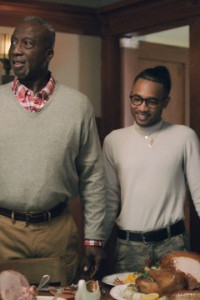 Now is the season for gratitude and giving, and this new work is right on time. Grand Rapids, Michigan based retailer Meijer’s hallmark hunger relief effort, “Simply Give,” campaign recently premiered and will run through the rest of the year. The Distillery Project (TDP) created the campaign.

Every year, each Meijer store partners with a local food pantry to ensure that all donations generated remain within local communities. The “Simply Give” program runs year-round to help keep food pantries well-stocked no matter the season. The partnering food pantries are rotated throughout the year to ensure broader outreach.

Let’s take a look at this timely and heartwarming spot…

How to ‘Simply Give’

During the month leading up to the Thanksgiving campaign, customers are encouraged to purchase a $10 “Simply Give” donation card upon checkout, either in stores or while shopping online. The donation is converted into a Meijer food-only gift card and donated directly to a local food pantry selected by the store. This signature program has generated more than $75 million since 2008.

TDP’s campaign includes a :60, :30 and :15 for TV and a :30 and :15 for streaming audio. Ads will run on social and broadcast networks in Meijer’s markets throughout Michigan, Ohio, Indiana, Illinois, Kentucky and Wisconsin.

The creative opens on the tender scene of a family gathering for a Thanksgiving meal at home. As the husband slices the bird and his wife gathers attendees to the table, plates are filled with turkey, stuffing, potatoes and gravy, ham, greens, macaroni and cheese and passed person to person until a young girl takes a plate outdoors and passes it to a line of people on the street.

Plates are passed along with one person bringing a plate to an elderly man at his home and another man accepting a plate in a cafeteria, soup-kitchen setting. Countless plates continue their journey throughout the community, as the voiceover says, “This Thanksgiving, you can feed more people than ever before.” We come back into the home where the action originated as the turkey carver asks his family, “Does everyone have everything they need?”

“We have the opportunity to tell a simple, beautiful story simply because Meijer is doing a beautiful thing,” said John Condon, TDP’s founder and chief creative officer. Adding, “Thanksgiving is our national holiday of sharing and food. It’s when we make a point of sharing our bounty with those close to us. In times of economic uncertainty, many are relying on the help of others to get by. And Meijer made it extraordinarily easy to help. For every purchase that includes a Meijer brand food product, the Simply Give program will provide a meal to feed a neighbor in need. This Thanksgiving, I’ll be giving thanks for working with people like that.”

The “Simply Give” holiday campaign will run through December 31. Meijer will double match any cards purchased on Giving Tuesday, which is November 29, and Saturday, December 17, effectively tripling contributions made on those days.