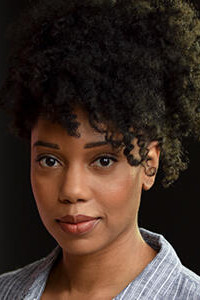 A Chicago filmmaker is ready to step into the national spotlight, and that moment may be fast approaching. A Real One, the new short film from emerging writer/director and Sundance Fellow McKenzie Chinn, is nearing the end of post-production, with Lisa Masseur as executive producer, and Sarah Minnie line producing. Filmed on Chicago’s South Side this summer, the co-production between Tessa Films and Minnie Productions stars Eris Baker (This Is Us) and Ireon Roach (Candyman, The 4400) as two friends confronting the fallout of a closely-held secret in the final weeks of their senior year in high school.

The short was made possible by the inaugural NBC Universal Grant following Chinn’s fellowship with the Bentonville Film Festival.

Click here for SCREEN’s coverage of McKenzie’s Bentonville, NBC Universal, and Sundance success that is helping fuel this film project.

What’s Next for McKenzie Chinn

The feature version of A Real One, currently in late development, is supported by the Sundance Institute. The project reaches completion as Chinn rounds out her year-long fellowship with the Chicago International Film Festival this fall.

The producing team anticipates A Real One’s premiere to arrive in 2023.

Check back here at SCREEN for updates on the latest in film news in Chicago. You can also click right here to subscribe to our weekly email newsletter.