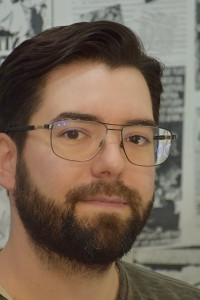 Matt Nelson is bringing his executive producer expertise to Yessian’s New York Studio. The music maestros also have studios in Detroit, Los Angeles and Hamburg. Nelson brings a wide range of marquee experience to the squad, including score production for M. Night Shyamalan and a string of Sundance and SXSW faves.

“I’m most excited to have a more visible role both in terms of the high-level work Yessian is involved with as well as showing the industry what I can do,” Matt shared with SCREEN. “I’m also looking forward to collaborating with new creative voices and get inspired.”

LeBron, Nintendo, and the Super Bowl

Nelson’s collaborations in the advertising world include Producing and Music Supervising YouTube’s Life in a Day Super Bowl promotion, Music Supervising the international Nintendo Wii U launch, and producing all national audio assets for Burger King from 2016-2017.

“But the project I am most proud of is the Sprite #WannaCranberry holiday spot I produced, starring DRAM and LeBron James,” Nelson shared with SCREEN. “Not only was it a fun spot that ran for four holiday seasons and was memed to infinity on the internet (my biggest point of pride), but it really encapsulated all areas of audio/music production. We created instrumental arrangement of Andy Williams’ ‘It’s the Most Wonderful Time of the Year’, provided those instrumental stems to producers who created remixes, worked with a celebrity hip hop artist and a celebrity sports star, and of course the licensing of the original song. All of that on top of a beautiful holiday claymation-style animation and the spot could not have turned out better.”

Here’s a look at the popular holiday spot…

Career highlights include Score Production for M. Night Shyamalan’s film OLD, Charlie Kaufman’s I’m Thinking of Ending Things, Swan Song on Apple TV+ starring Mahershala Ali, Heidi Ewing’s I Carry You With Me (winner of both the NEXT and Audience awards at Sundance), Music Supervision for Olympic Dreams starring Nick Kroll and Alexi Pappas and One Cambodian Family, Please for My Pleasure for TNT/R29’s Shatterbox Anthology.

As Executive Producer of Yessian NY, Matt leverages his creative agency experience, network of music professionals, and expertise in audio production work flows to effectively bring clients’ visions to life. Having a passion for unapologetic creative excellence and exploring new processes and techniques for sound production, he will help Yessian maintain their edge as a long time leader in the industry.

“I am a producer’s producer,” Matt explained to SCREEN. “My father was a producer on the film production side of the business and I absorbed all of that energy growing up. I rely on my obsessively organized approach to production, communication skills, understanding where and how to be flexible to find creative solutions for clients needs, and I marry that with my creative side which comes from a lifetime of studying and performing Trombone through the Masters level at the University of Miami Frost School of Music.”

For more from Matt and the team at Yessian, please click right here.