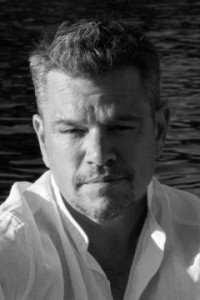 The Gene Siskel Film Center at the School of the Art Institute of Chicago announced that actor, producer and screenwriter Matt Damon will be honored with the Film Center’s Renaissance Award during a special event on Saturday, June 25, beginning at 8 p.m. During the event, Damon will be interviewed in a live, virtual conversation led by Gene Siskel Film Center board member, Iron Man actor, producer and activist Robert Downey Jr., which will be projected on the Film Center’s two state-of-the-art screens. The event will commemorate the Film Center’s 50th-anniversary year, celebrating the best of independent, international and classic film to Chicago audiences.

“As the Gene Siskel Film Center celebrates 50 years of bringing filmmakers, archivists, scholars, critics, and movie lovers together for our critically acclaimed film programs at a true center for film, we are proud to have Matt Damon and Robert Downey Jr. join us for these festivities and can think of no better way to celebrate this milestone than honoring writer, producer and actor Matt Damon on our big screen,” said Jean de St. Aubin, Executive Director of the Gene Siskel Film Center. “Matt’s prolific career and discerning choice of roles makes him one of the most impactful filmmakers of our generation and we cannot think of anyone more deserving of the 2022 Gene Siskel Film Center Renaissance Award.”

The Gene Siskel Film Center Renaissance Award honors the body of work of a filmmaker who has advanced the art of cinema, and past recipients include Robert Downey Jr., Jamie Foxx, Reese Witherspoon, Gwyneth Paltrow, Morgan Freeman, Mark Ruffalo, Ethan Hawke, Scarlett Johansson and George Lucas, among others. The festive evening will celebrate Damon’s legendary career, as well as give attendees the opportunity to enjoy a candid and insightful conversation as he reminisces about his favorite projects, key influences, his creative process and upcoming projects. A retrospective of film clips from his most memorable performances will accompany the conversation. In addition to the presentation, guests will enjoy red carpet photos, a reception in the Film Center’s gallery/cafe featuring delectable, luscious desserts–including a special anniversary cake–and signature cocktails. Various levels of giving are available, offering special perks, including priority seating and logo placement.

So How Do You Snag Your Tickets?

Tickets for the event are available to those who make a gift to the Film Center’s 50th Anniversary fundraising campaign. Any supporter making a tax-deductible gift of $1,000 or more will receive two or more tickets. To reserve tickets, patrons may email Jenna Mrotek at jmrotek@saic.com.

Matt Damon is one of the film industry’s most versatile and acclaimed artists.  He is the recipient of numerous honors, including an Academy Award, in addition to nominations for three British Academy Film Awards, six Screen Actors Guild Awards and seven Primetime Emmy Awards.

He made his professional acting debut in the film in 1988’s “Mystic Pizza” but first earned international recognition in 1997 when he and Ben Affleck wrote and starred in “Good Will Hunting,” which won the friends the Academy Award for Best Screenplay. In a career that spans more than three decades, he has received countless accolades, but some of his most his most acclaimed performances in his work in “Saving Private Ryan,” “The Talented Mr. Ripley,” “The Martian,” “Behind the Candelabra,” “Invictus,” and “Stillwater.” His most popular films include the “Bourne” franchise and the “Ocean’s” trilogy. He also served as a producer of the Academy Award-winning “Manchester by the Sea.”

Damon’s will next be seen in Christopher Nolan’s highly anticipated “Oppenheimer,” in which he appears alongside Robert Downey Jr.