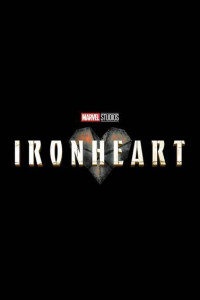 One of the premier up-and-coming directorial talents in the country hails from Chicago, and she will be back in town this month, with good reason. Sam Bailey is one of the directors of the highly anticipated Marvel Studios series for Disney+, Ironheart. SCREEN broke the news earlier this month that Ironheart will be filming in Chicago beginning October 24th. The Emmy-nominated director will be taking time out of her incredibly busy schedule to stop by IFA Chicago for an intimate chat, which is open to the public. Here is everything you need to know.

IFA Chicago will be hosting an intimate conversation with Emmy-nominated creator, director, and producer Sam Bailey. This event is part of the organization’s In Focus with… series.

Click here to purchase your tickets for this highly anticipated event.

So Who Is Ironheart? Let’s Bring You Up to Speed

There is another notable Chicago connection with the Ironheart franchise. One of the writers on the comic book series back in 2018 was Chicagoan Eve Ewing. Click here to enjoy her interview with marvel.com. As to Ewing’s involvement with the television series, SCREEN will have updates as they become available.

For more about Marvel Studios’ upcoming shoot in Chicago later this month, click here for SCREEN’s latest article about the Ironheart production.

Check back here at SCREEN for updates as Ironheart heads to Chicago this month. You can also click right here to subscribe to our weekly email newsletter.