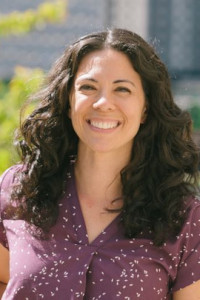 Another Country Managing Director Tim Konn and his colleagues worldwide are very proud to announce the immediate promotion of Louise Rider to the position of Executive Producer.

Rider has been an integral team member at Another Country since landing as an Assistant Engineer back in 2008. Originally from Bethesda, Maryland, she relocated to Chicago in 2003 to pursue a B.A. in Music Technology at Northwestern University and later received a Master’s Degree in Library and Information Science from Dominican University in 2013. An avid and highly accomplished violinist, Rider learned along the way that her passion for music applied to all facets of sound.

“During her 14-year tenure at our studio,” Konn began, “Louise has proven herself again and again, and we can’t imagine life without her. She knows the company, our clientele, and the industry like the back of her hand, and so her input and leadership is instrumental to our continued success.”

Over the years, the experiences Rider has gained at Another Country have intensified through her lead roles as Music Supervisor/Librarian and Producer. In her very first year with the studio, Another Country mixed nine Super Bowl spots, and that volume of work has largely held. The top-tier brands, agencies, and artisans she has collaborated with are vast, and the resulting awards are extensive; her most notable long-form credits include the award-winning broadcast series “America to Me” as well as Steve James’ Emmy Award-winning documentary feature “Life Itself.”

Asked what makes Another Country so special to her, Rider responded: “It all comes back to the people. Even with the most challenging jobs, we have a collective goal to do our best. We all work so well together and really enjoy each other’s company, which I’m so grateful for. In this new position, I’m looking forward to continuing to work with my amazing coworkers and connecting with our clients more.”

Among the many high-profile fans of Rider from the creative industry, DDB Chicago Executive Producer David Moore shared these comments: “Louise Rider becoming an EP is wonderful news. It is always a pleasure to pick up the phone to call Louise to discuss an upcoming job or call to discuss managing the twists and turns of a current job. I say pick up the phone because a simple email won’t do, speaking with Louise will make your day. Professional, courteous, conscientious, always helpful, quick to respond and always with a solution. Louise is another Cutters Studios treasure.”

And in the words of Jodi Katz, Executive Producer for Arc, a division of Leo Burnett, “Louise is one of the most personable and easy going people to work with. Her ability to ride the waves and solve problems allows me to be better at my job. I absolutely know that if Louise is on the job, I will have nothing to worry about.”

To learn more about Another Country and its latest work, visit https://www.anothercountry.net.

Be sure to check back here at SCREEN Magazine for the latest from the Chicago and Illinois advertising community. You can also click right here to subscribe to our weekly email newsletter.