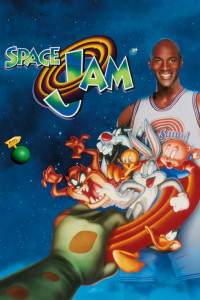 Back in 1996, Wayne Brejcha, current Co-Owner/Creative Director of Calabash, was just beginning his animation career at the Chicago-based studio when the first Space Jam movie entered his life.

Directed by commercial legend Joe Pytka, Space Jam was the natural extension of the now-iconic Nike Air Jordan ad campaigns, featuring NBA great Michael Jordan. The film followed a fictionalized Michael Jordan in his retirement from the NBA when Bugs Bunny abducts him and brings him to the animated Looney Tunes world to play in a life or death basketball game. And oh yeah, Bill Murray is there, too.

Flash-forward a decade and a half and Brejcha and Calabash have again reunited with the Looney Tunes characters, creating one-of-a-kind content that will be seen around the new Warner Bros. hotel and theme park in Dubai.

And with the reboot Space Jam: A New Legacy, featuring LeBron James, becoming one of the surprise hits of the past year, we decided to catch up with Brejcha to talk about his work on the original film and that particular time in his career.

SCREEN: When you were handed the opportunity to work on the first Space Jam film, what was going through your mind?

WAYNE: We were excited to take it on. It was very cool to be animating those characters. The work came to us, farmed out from another animation studio at the time, so there was a kind of tricky set of approvals for everything. I think a lot of that animation work got subcontracted out to studios all over the country. We were doing the animation and clean-up really old-school, drawing the rough animation and also doing the cleanup on 16 field paper, using pencils and pens. The cleanup tolerances were a degree higher than what we usually had for commercial work at the time, and we made use of plastic french curves and ship curves to do a lot of the really perfectly swoopy clean-up lines.

SCREEN: What scenes did you specifically work on? What do you remember about them?

WAYNE: My favorite that I did rough animation for was a short shot where a basketball flies super-fast horizontally right across a few characters’ heads, briefly lighting them on fire. I don’t recall it feeling like a challenge.

SCREEN: Was the team excited to work on the film, or was it just “another job”? Any anecdotes from that time you remember?

WAYNE: It was definitely not just another job — though we did have other jobs simultaneously to manage that also needed full attention. We had a lot of artists all in the studio at traditional drawing desks, with back-lit glass and peg-bars for the paper. You’d hear the pencil sharpeners grinding away incessantly, and flipping paper as the animators ‘rolled’ the paper all rubber-banded on a peg bar. Space Jam was pretty cool to be working on, but the schedule was kind of tight for the amount of work we’d taken on. There were many late nights and eating catered-in dinners at your desk.

SCREEN: What was the animation process back then? What technology did you have access to? What couldn’t you do then that’s easy today?

WAYNE: We drew the animation roughly on paper, and shot pencil tests on a video using a VHS tape player/recorder controlled by a little box with a couple of buttons on it that let you record one frame at a time. We made a lot of use of our xerox machine to scale drawings up and down. There are so many different routes of creating animation now.

Back then, animators would have several sheets of paper all clutched in one hand, a pencil in the other, and ‘roll’ the pieces of paper as they drew to see the motion. I kind of miss that. But with most animation drawing programs for computers you can do something a bit similar. If you’re drawing on a Cintiq, you can play it right away at its correct projection speed to see if what you’re making is happening too fast or too slow. But I still have a box in my basement of old pencil tests on VHS tape.

SCREEN: Flash forward to now and your work on WB Hotel. Does it feel like you’ve come full-circle? How was this experience compared to Space Jam?

WAYNE: This one is entirely different. What we were able to do for the WB Hotel lobby monitors would not have been possible for us to achieve in the 90s on a similar budget or schedule. Finishing your own animation, with totally finished 2D and 3D elements, entirely ‘in-house,’ I don’t think we could have even envisioned the possibility of that in the 90s.

The one constant is simply that you need talented artists to think up great stuff, to draw and animate the figures, to create the backgrounds, colors, lighting, and effects and to composite it all in a way that keeps it flexible for changes. You also still need an organized production manager to keep track of how the artists are faring as the deadline approaches. Calabash is super fortunate to have that kind of a great team.

For more from Wayne and his team at Calabash Animation, click right here.