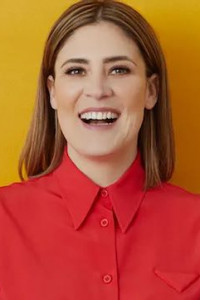 Chicago’s AICP Awards Show is coming up this Thursday and one of the night’s many special guests is Leo Burnett EVP and Head of Production Ashley Geisheker. Before the big night this Thursday, Ashley was kind enough to stop by SCREEN today for a thoroughly entertaining round of Five Questions!

As for this Thursday’s AICP Awards Show, the festivities will be held at The Old Post Office, 433 W. Van Buren Street, and kicks off with a happy hour at 6 pm, followed by the awards program and a panel discussion at 7 pm. The evening concludes with a reception from 8 to 11 pm. Tickets are available here.

Ashley will be among the Chicago-based creative leaders on the 7 p.m. panel discussion Thursday. Panelists will discuss the winning work, offer insights into the execution of some of this years’ top honorees and offer their opinions on future trends in the industry. Joining Ashley on the panel will be moderator and AICP President Matt Miller, Mikal Pittman, EVP, Executive Creative Director, Leo Burnett; Mark Gross, Co-Founder/Chief Creative Officer, Highdive; and Aubrey Walker, Executive Creative Director, OKRP.

But first… it’s time for Five Questions with Ashley, let’s get to it!

SCREEN: Ashley, what are you looking forward to at the AICP AWARDS in Chicago this Thursday?

ASHLEY: Finally getting together again with this amazing community after the long hiatus. I can’t wait to see everyone’s faces in real life and not in a tiny box on my computer screen. We have so much great work to catch up on and start making some new memories.

ASHLEY: The Hotels.com shoot with Vanilla Ice and Dennis Rodman in Lithuania. They may not be the most famous people I‘ve ever encountered but they were certainly the most interesting.

[Editor’s Note: What a duo! We will drop in a salute to Dennis Rodman’s basketball prowess in this quick mashup]

SCREEN: It’s that time of year so we have to ask… What is your favorite dish to bring to Thanksgiving dinner?

ASHLEY: Canned cranberries. First, they’re delicious and anyone who says they like homemade cranberry sauce better is lying. Second, they are impossible to ruin.

ASHLEY: My dog, Murphy. Although he’s more family than possession.

ASHLEY: Starburst’s Berries & Cream, Little Lad Dance. Although a close second is the Breyer’s Viennetta cake commercial from the 90’s, since it formed a core memory that once I became an adult, I’d be fighting for ice cream cake at dinner parties all the time.

Ok Ashley, we have a double feature for you… first, the Little Lad Dance…

And then the Viennetta cake commercial frrom 1994…

Thanks so much for playing, Ashley! Click here for tickets and full lineup for this Thursday’s AICP Awards in Chicago.

Check back here at SCREEN for a new round of Five Questions each week. And you can also click right here to subscribe to our weekly email newsletter.