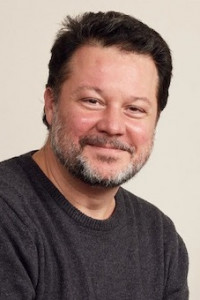 What do Iron Man, Pearl Jam, and Bad Girls Club have in common? They’re all right here as Josh Eggleston is the latest contestant in our weekly round of Five Questions with SCREEN. Josh heads up 11 Dollar Bill’s new office in Raleigh, North Carolina. Let’s get to it!

SCREEN: Ok Josh, if you could play any superhero in a major motion picture, who would it be?

JOSH: Who doesn’t want to be Tony Stark aka Iron Man? As billionaire playboys go, he has the best toys. Also, I’m a team Marvel devotee.

JOSH: I will never forgive myself for watching an entire season of Bad Girls’ Club.

[Editor’s Note: Ok Josh, here are some fight highlights from the popular reality show, just for you!]

SCREEN: If you could be the host of any game show in television history, what would it be?

JOSH: Staying in college. I had a chance to get a jump start on my career with a great paid gig opportunity in the production that came up in my sophomore year at art school. I should have taken the job.

JOSH: Pearl Jam, “Jeremy.” It’s low enough I can hang in there for most of it, and when it leaves my very limited range there’s plenty of room to cheat.