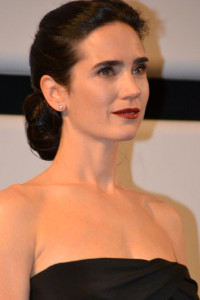 Top Gun star and Oscar winner Jennifer Connelly is on her way to Chicago. Connelly will star alongside Joel Edgerton in the nine-part sci-fi series Dark Matter. Sources tell SCREEN the series is expected to begin filming in Chicago on September 29th. The Apple TV+ thriller is expected to film in the Windy City through April.

Dark Matter marks her latest TV role after starring in TNT’s Snowpiercer, which is ending after four seasons. In 2002, Connelly won the Academy Award for Best Supporting Actress for her portrayal of Alicia Nash in Ron Howard’s biopic A Beautiful Mind.

And of course, Jennifer Connelly co-starred in the blockbuster of the year so far, alongside Tom Cruise in Top Gun. Here’s an entertaining clip with Connelly from the box office record breaker…

And if you’re one of the few that haven’t seen Top Gun yet, or if you are up for another round, you can still catch it on the big screen in Chicago at the Davis Theater in Lincoln Square if you click right here.

The series follows Jason Dessen (played by Edgerton), a physicist, professor and family man who, while walking home on the streets of Chicago one night, is abducted into an alternate version of his life. Wonder quickly turns to nightmare when he tries to return to his reality amid the multiverse of lives he could have lived. In this labyrinth of mind-bending realities, he embarks on a harrowing journey to get back to his true family and save them from the most terrifying, unbeatable foe imaginable: himself.

The Oscar winner is expected to play Daniela, Dessen’s wife.

Connelly will be joined by Australian actor Joel Edgerton, who also serves as executive producer. He is best known for his appearance in the Star Wars films Attack of the Clones and Revenge of the Sith as a young Owen Lars, a role he reprised in the Disney+ series Obi-Wan Kenobi.

Apple will look to Matt Tolmach to executive produce the series. Tolmach has produced blockbuster hits Jumanji and Venom, as well as the recent Marvel Studios thriller Morbius.

Dark Matter is based on the novel by Blake Crouch, who is writing and showrunning the series. He will exec produce alongside Edgerton, Tolmach and David Manpearl for Matt Tolmach Productions. Jakob Verbruggen (Invasion) will direct the first three episodes.