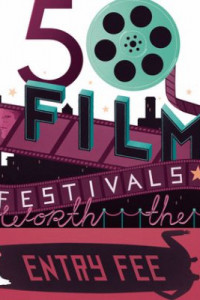 Every year, one of the most highly anticipated and coveted honors for film festivals is MovieMaker Magazine’s 50 Film Festivals Worth the Entry Fee. A number of superb film festivals peppered throughout the Midwest landed on the list. Here is a quick roll call and shout out to those festivals, along with MovieMaker Magazine’s commentary on each. For Moviemaker’s complete list, click here. And now, let’s take a look at the fests between the coasts that made the grade…

Moviemaker’s Commentary: Perhaps the coolest event from any festival last year was Heartland’s drive-thru Red CARpet, which allowed moviemakers to coast through on Harleys and in Cadillacs to get their pictures taken in a safe, socially distanced manner. The Heartland International Film Festival, held annually in Indianapolis, does not mess around. It regularly programs internationally anticipated titles (like Minariand MLK/FBI), premieres films that get scooped up for lucrative distribution deals (MTV Documentary Films acquired Hao Wu and Weixi Chen’s 76 Days), and gifts $20,000 each to its Narrative Feature and Documentary Feature award winners. With a 10% acceptance rate — 64 films from 635 FilmFreeway submissions — moviemakers have a decent shot at screening for market people and actually getting a deal. Heartland also presents the widely loved Indy Shorts International Film Festival, the largest short film fest in the Midwest.

Here’s What MovieMaker Had to Say: Don’t live anywhere near Iowa? Not a problem. The organizing team will handle it for you. Julien Dubuque fronts travel and accommodations for the top nominees in each competitive category every year, and arranges lodging for others through a home-stay program. JDIFF’s executive director, Susan Gorrell, personally notifies all who submit about whether they’ve made the cut — and if you’ve been through the process before, that means a lot. An in-person festival is the plan for 2021, but if that isn’t possible, JDIFF’s organizers are prepared to virtualize the roughly 120 films, and many fabulous events, that made 2020 such a success.

Moviemaker’s Commentary: This self-described “stubbornly independent” festival puts on five days of dynamic programming around independent American cinema each year, and 2020 was no different. The festival included a dusk-till-dawn seven-feature event at Wichita’s historic Starlite Drive-In, as well as panels and workshops on topics like women in horror, and mental health and support for creatives. Signature programs include the Scholfield Emerging Programmer Apprenticeship. Tallgrass has fervently loyal alumni, and curious moviemakers can expect to compete for $20,000 in cash prizes distributed between 30 awards, including the Stubbornly Independent Award and the DoXX Female Documentarian Award, as well as the inaugural $5,000 Gordon Parks Award for Outstanding Black Filmmaker.

Here’s What MovieMaker Had to Say: The Ann Arbor Film Festival is the one of the oldest and most established fests on this list. “Bending minds since 1963,” this college-town festival regularly screens over 150 films, archival works, animated shorts, home movies, and found-footage projects each year. AAFF seamlessly pivoted its March 2020 festival to virtual in a matter of 10 days, and for any inconvenience that might have caused, made the whole thing free. 2021 will go hybrid and the fees are back on, but you can feel good about paying them — AAFF distributes $23,000 in cash and tech consignments, including film stock, camera equipment, and digital scanning services, to participants. Lawrence Kasdan and Ken Burns sponsor annual awards for narrative and documentary films, respectively.

And traveling a bit toward the south…

MovieMaker’s Comments on the Festival Include: The Nashville Film Festival has brought together the best in international cinema and local music for over 50 years. It includes three legacy initiatives: the Music Supervisor’s Program, which arranges one-on-one mentorships between musicians and industry insiders; the Creator’s Conference, featuring 12 live-streamed panels with participants from HBO, Regal Cinema, and others; and the Screenwriting Competition, which logs over 2,000 submissions and confers eight unique awards per year. Where 2020 went 99% virtual (save one charity screening of Medicine Man: The Stan Brock Story), NFF is committed in 2021 “to presenting a festival that includes in-person screenings,” says programming manager Lauren Ponto.