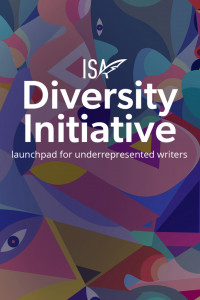 International Screenwriters’ Association has unveiled a new Diversity Initiative to elevate writers from underrepresented and marginalized communities. They are seeking writers with unique  perspectives based on race, sexuality, gender, neuro diversity, disability, economic inequality and age. Their aim is to “break down barriers and celebrate authentic narratives.” Exceptional writers will be considered for acceptance onto the ISA Development Slate, the top tier of ISA writers. The ISA supports, applauds and promotes these writers to producers, managers and agents in Hollywood and beyond, forging relationships and building careers. Selected writers will also receive an ISAConnect Membership. Applications are being accepted through August 31, 2021. It is free to apply at https://www.networkisa.org/contest/view/isa diversity-intiative

Late last year, International Screenwriters’ Association highlighted the work of Marshall “Gripp” Gilson during their Table Read My Screenplay event, directed by Randall Winston. And in December, they announced their list of Top 25 Writers To Watch, many of whom were from different cultures, ethnicities and backgrounds. However, this initiative will be the first of its kind for the company.

“We are eager to jump into this new initiative and are actively pledging to do more as a company for underserved communities. By breaking down barriers between the film industry and the people we wish to find, we will be able to access and source amazing stories that should be told,” said Molly Kasch, Chief Operating Officer of the ISA.

The International Screenwriters’ Association is dedicated to empowering screenwriters of all levels.  Our focus is to provide writers with the tools to elevate their craft, career and connections while establishing a solid relationship to the film community. The ISA website is an all-encompassing resource hub providing writing gigs, classes, podcasts, industry pro tips, production resources and more. As members excel, they can expand their profiles to showcase their work and success while increasing their access to agents, managers  and producers via the ISA network.

The ISA’s ever-expanding Development Slate, with over 165 writers, is propelling the careers of emerging screenwriters, resulting in meetings with top agents and producers and  major production deals. With supporters like Pen Densham (BACKDRAFT, ROBIN HOOD PRINCE OF THIEVES)  and James V. Hart (CONTACT, HOOK, BRAM STOKERS DRACULA) and partnerships with companies like Women in Film, The Wrap, MGM, Nickelodeon and NBCUniversal, the ISA has quickly become one of the leading resources for screenwriters, providing inspiration and education to storytellers around the globe.