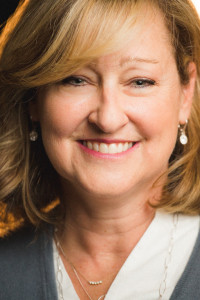 Miley Cyrus, Saved By the Bell, and the best advice ever! All here in the week’s round of Five Questions. The Chicago Media Angels investment group is all about connecting creative ideas, people, and capital. One of the founders and Executive Directors is Kelly Waller, and CMA has enjoyed success on the independent film landscape, including SXSW hit Come As You Are and The Cleaner starring Luke Wilson. We were thrilled when Kelly stopped by for Five Questions with SCREEN. Let’s get to it!

SCREEN: Kelly, what is the one Chicago Media Angels project that’s out now that we should watch immediately?

KELLY: The Chicago Media Angels movie recently released that you should watch immediately is called The Translator. The Translator centers on Sami, the translator for the Syrian Olympic team in Australia, until a slip of the tongue forced him into exile as political refugee. When the Syrian revolution starts, his brother is arrested and Sami must return to Syria to find him.

KELLY: Best advice I think I’ve ever received is don’t take yourself too seriously and have no ego. There are two types of people in the world. Those who are humble and those who are about to be humbled.

SCREEN: You can only be a fan of one sports team. Which would it be?

KELLY: My one sports team is and always has been Notre Dame football. It’s my favorite sport to play and watch. My parents went to Notre Dame and St. Mary’s so it’s how I have spent every fall Saturday for as long as I can remember.

KELLY: I was 14 and waitressing in a retirement home. I although most of the residents or lovely people, there was one that we affectionately called ‘the dragon lady’. She did everything she could to make me miserable.

KELLY: My go-to karaoke song would be “The Climb.” I think the words are so inspiring. Miley has a super cool voice. I sound nothing like her but it’s fun to try.

SCREEN: The most famous person you ever met?

KELLY: The most famous person I ever met is when my high school friend Leslie and I were at a concert at the House of Blues. Leslie called Jeremy Piven over and says, “Do I look familiar to you? Did we go to high school together?”

KELLY: Aging myself but Saved by the Bell. I’m not quite sure why I watched it except that it was always available. Frequently the only English television show when traveling to other countries.

For more from Kelly and her team at Chicago Media Angels, click right here.