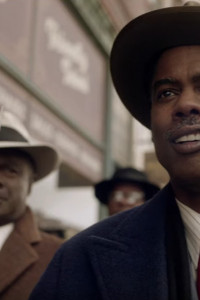 Good news on the film and television front as Governor J.B. Pritzker today released new guidelines for Illinois as the state looks to move into phase four of its reopening plan this Friday. All four regions of Illinois, including the Chicagoland area, are on track to enter phase four on Friday, Pritzker’s office said, with the state’s average 7-day case positivity rate falling to 2.5 percent as of Saturday. So when will the Dick Wolf triumvirate of CHICAGO FIRE, CHICAGO PD and CHICAGO MED be back to filming at Cinespace and throughout the city?

Why Is Phase Four Critical for Film and TV?

Phase four of the “Restore Illinois” plan allows for the reopening or expansion of several industries, including indoor dining at restaurants, movies and theaters, museums and zoos and more. The key to this next phase for the film and television industry is the increase in size of gatherings that are allowed from 10 people to a maximum of 50 people.

There will still be restrictions on productions, with no more than 50% of sound stage or filming location capacity allowed. Crowd scenes should be limited to 50 people or fewer, which may come into play with some larger scale productions.

So When Will ONE CHICAGO and FARGO Start Up Again?

The question everyone in the Chicagoland area wants to answer is when will the ratings powerhouse of CHICAGO FIRE, CHICAGO PD and CHICAGO MED return to set? _**Sources tell SCREEN the current target month for the Dick Wolf shows to return to filming is September,**_ though that is yet to be confirmed either way, and could certainly move, given today’s Phase Four news. All three #OneChicago shows have been renewed through the 2022-2023 season.

Sources tell SCREEN the FX series FARGO could return in late September or early October to finish filming on its fourth season, though that start date is very much up in the air at this point. The popular drama began filming its fourth season in Chicago last fall, and had completed production on eight of the ten episodes ordered when production was suspended in March. Here’s a quick preview of the fourth season, headlined by Chris Rock:

Critical Task Ahead for Film and TV Production

As the return to filming nears, all productions will now need COVID safety and health products and services. The State and City are finalizing, with the input of the industry, guidelines specifically for Phase 4 Film, TV and Commercial production. “It will be great to “get back to work” but there are many extra steps involved to maintain a safe and healthy environment for all cast and crew,” Illinois Production Alliance Senior Advisor Christine Dudley told SCREEN. “And we all will be learning together.”

With that in mind, The Illinois Production Alliance, with the help of a group of seasoned production professionals, have put together an open source google doc to identify COVID related safety and health products and services. Click here to access this document.

“I’ve been getting Keslow Camera ready to reopen and finding PPE from good sources has taken a lot of time,” Colette Gabriel, Keslow Camera Chicago General Manager and one of the contributors to the comprehensive database, told SCREEN. “This resource guide from the IPA will hopefully make things a lot easier on others needing to source necessary items to reopen their business or production. Many of us in the industry have shared great local sources here to help us all get back to work safely.”

Final Word from the Governor

“Over the last four months, Illinoisans have pulled together with the common mission of keeping each other safe. By staying home and practicing social distancing, the rate of new COVID-19 cases continues to drop and each region throughout the state is prepared to move to Phase 4 of the Restore Illinois plan,” Governor Pritzker said in a statement. “Science and data are the overarching guardrails for how Illinois will keep moving forward. By continuing to wear face coverings and following the guidance from health experts we can continue to safely reopen our economy and move forward together.”

For additional guidelines from the state pertaining to Phase Four for Film and Television Production in Illinois, click here.