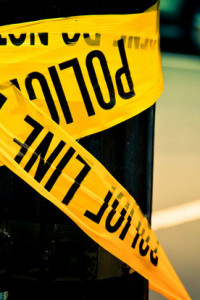 A 21-year-old arrested in connection with a mass shooting at a Highland Park Fourth of July parade has been charged with murder, authorities and multiple news sources announced Tuesday.

The Greater Illinois and Chicagoland communities remain stunned, searching for answers and steps forward, in the wake of an ongoing wave of mass shootings nationwide. Film critic Richard Roeper perhaps best encapsulated the sentiment of the harrowing turn of events in posting, “Highland Park, IL. About as safe as a city can be. Until today. Until one man with a gun.”

Highland Park has a place in the hearts of the Hollywood community, serving as the backdrop of several iconic movies over the years, including Ferris Bueller’s Day Off and Risky Business. The town is also the home for several decorated stars of television and cinema. “I grew up in Highland Park and this parade is a highlight of the year for so many families,” The Marvelous Mrs. Maisel star Rachel Brosnahan wrote in a tweet. “I’m sick to my stomach every time news like this comes out, but I don’t wish the pit in your stomach as you call your family and friends to make sure everyone is okay on anyone. No words.”

Click here for the entirety of Brosnahan’s comments and those of other actors and artists at CNN.

Here is the latest breaking updates via NBC News:

NBC Chicago reports the alleged gunman faces seven counts of first-degree murder in connection with the shooting that left seven people dead and dozens of others injured.

Lake County State’s Attorney Eric Rinehart says that the suspect in the shooting will face additional charges in the coming days, but says that his office will seek a mandatory life sentence.

“We anticipate dozens more charges centering around each of the victims,” he said.

Rinehart emphasized that the suspect will face attempted murder, aggravated battery and a series of other charges in connection to the shooting, and that his office will seek to keep the suspect held without bail in connection with the case.

News of the charges comes as police released new details on what they believe happened as the shooting unfolded, saying the suspect planned the shooting for “several weeks.”

“We do believe [the suspect] pre-planned this attack for several weeks,” Covelli said. “He brought a high-powered rifle to this parade, he accessed the roof of a business via a fire escape ladder and began opening fire on the innocent Independence Day celebration goers.”

Authorities said a gun found at the scene and another rifle found in the 21-year-old’s vehicle at the time he was arrested were registered in his name and legally purchased, but a motive for the shooting remains unclear.

“[The] shooting appears to be completely random,” Covelli said, adding that “we have no information to suggest at this point it was racially motivated, motivated by religion or any other protected status.”

Covelli said the alleged gunman put on a disguise to “conceal his facial tattoos and his identity,” and escaped with others fleeing the chaos.

“He dropped his rifle and he blended in with the crowd and he escaped,” Covelli said, adding that he “blended right in with everybody else as they were running around almost as he was an innocent spectator as well.”

He went to his mother’s home near the parade in Highland Park, borrowed her vehicle and was taken into custody hours later after a witness reported seeing the vehicle in the North Chicago suburb.

Click here for breaking updates on this tragic turn of events at NBC Chicago.

SCREEN Magazine sends its sincere condolences to the families and friends who have lost loved ones in this tragedy.