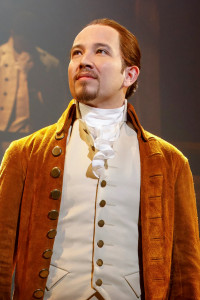 After a sold-out national tour of Hamilton, Joseph Morales is lighting up the screen as the male lead in the Christmas rom-com, The Christmas Pitch. Morales, who assumed Lin-Manuel Miranda’s role of Alexander Hamilton for the Chicago run and national tour, is joined by rising star Ramona Edith Williams (Independent Spirit Award Nominee Saint Frances) in a supporting role, and Alexa Maria Huerta (The Chi, Shameless) as the female lead.

Led by both a female director and producer with an Asian American male lead, Questar Entertainment adds diversity to Christmas Rom-Coms.

The Christmas Pitch follows William and Becca, two executives at a big time marketing firm in Chicago, who are sent to William’s hometown of Kringle Lake to rediscover the spirit of Christmas. While there, William’s brother’s bakery is forced to close its doors. William and Becca work together on a plan to save the bakery, and in doing so, they find the Christmas spirit, and more, in each other.

“We’re creating a holiday movie I feel strongly will represent the world as it actually is and I can’t tell you how exciting that is to be a part of, especially as a young female director,” said  Layne Marie Williams, Director of The Christmas Pitch.

The Christmas Pitch will be one of Chicago production and distribution company Questar Entertainment’s Originals on their family Free TV Linear Channel, launching this year. While the film will feel similar to rom-coms with feel-good moments, they wanted to redefine what families look like on screen to represent today’s family. The Christmas Pitch brings together a diverse cast from an Asian American male lead to a mixed family and an LGBTQ+ couple.

Producer of The Christmas Pitch and head of development at Questar Entertainment, Felicia Ferrara, shared “this endearing holiday family film is full of warmth and humor. We’re excited to showcase Chicago’s diversity and its local talent.”

While Chicago has been the setting in Netflix hits like Emily in Paris and Holidate, The Christmas Pitch will be set and completely filmed in Chicago and surrounding suburbs.

The Christmas Pitch is filming this spring and is set for distribution by Questar Entertainment for the 2021 holiday season.  Check back here at SCREEN for updates as this feature heads into production.