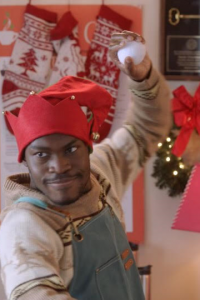 Santa is coming to town and he’s playing matchmaker. The Christmas Pitch, produced by Illinois production and distribution company, Questar Entertainment, is currently filming in Chicago and surrounding suburbs. The feature began filming on April 14th, in the Downtown Loop district at Franklin and Madison, and will be making its way through the Chicagoland suburbs, including Oak Park, Evanston, and Glen Ellyn, over the next week. Shooting is scheduled to wrap on May 3rd.

The cast and crew are bringing the Christmas spirit with them. Leads Joseph Morales, who assumed Lin-Manuel Miranda’s role of Alexander Hamilton for the Chicago run and national tour, and Alexa Maria Huerta (The Chi, Shameless) are joined by a diverse cast and crew. Among them are Debo Belogun, whose on-screen credits include a stint as “Paramedic Darren Clark” on Chicago Med, young newcomer Ramona Edith Williams, who stole festivalgoers hearts across the globe with her performance in Independent Spirit Award Nominee Saint Frances, and Sean Blake, playing Mr. Kriss aka Santa Claus.

“Oh, this cast and crew is absolutely stellar. We are working so, so hard and having just the best time. It’s a real treat to create Christmas in April,” said director, Layne Marie Williams (Scutly, Blanche).

The Christmas Pitch is set for distribution by Questar Entertainment for the 2021 holiday season. “The Christmas Pitch stands out as a perfect blend of romance, comedy, and Christmas nostalgia,” Josh da Silva, VP of Questar Entertainment, told SCREEN. “Questar has been in the family television and film business for 35 years. We know want audiences want – it’s a dream to not only distribute it, but now produce it with amazing local talent in Chicago.” 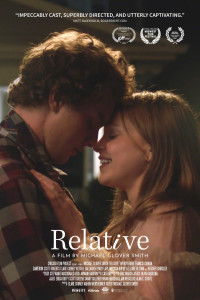