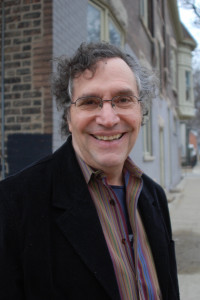 While the rest of us were sitting at home complaining about canned soup and network reruns, documentary producer extraordinaire, Emmy winner, and Kartemquin Films co-founder Gordon Quinn was in the fight of his life. And he won that fight! Gordon contracted COVID-19 in March while at the Australian International Documentary Conference in Melbourne. Following a months-long battle with the disease, tireless efforts from the team at Northwestern Memorial Hospital and the Shirley Ryan Ability Lab, and non-stop support from friends and family, Gordon is now back at home and in good health, and he graciously stopped by for Five Questions with SCREEN…

SCREEN: What were you most looking forward to eating when you finally arrived back home from the hospital?

GORDON: Hamburger and Fries. I really wanted ice cream in the hospital and I got it. Food there was not so bad even on the special diet.

SCREEN: What the first film or TV show you watched when you arrived back at home from the hospital?

GORDON: Nightly news on NBC, MY BRILLIANT FRIEND on HBO

SCREEN: And now on to our more standard questions… If you could be a member of any band in music history, what would it be?

GORDON: Butterfield Blues Band. They were the band that played at dorm dances when I was in college.

SCREEN: Worst job you ever had?

GORDON: Lifeguard. I got fired through no fault of my own. Also: laying irrigation pipe somewhere out West.

SCREEN: Gordon, what film project is next for you?

GORDON: I got an idea to do a film about the difficulties of communication when one is intubated. But first I have to get back to finishing For The Left Hand about a pianist who plays only with his left hand. I’m not planning on making many movies myself in the future. My work is helping younger and emerging filmmakers to realize their projects.

SCREEN: If you could appoint ANYONE to be President of the United States, who would it be?

GORDON: Bernie, of course, best on issues with [Elizabeth] Warren at VP. But right now in this time of crisis imagine if Obama were president. He would lead, he would have been proactive and I believe a lot fewer Americans would have died.