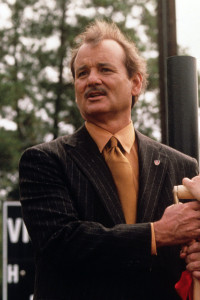 The Gene Siskel Film Center is pleased to present Chicago Favorites, a series of eight films curated by a cross-section of notable Chicagoans. On eight dates between August 21 and September 28, select community members will introduce films they hand-picked and find personally and/or professionally meaningful, including RUSHMORE (starring Bill Murray, pictured top left), NASHVILLE, PRINCESSE TAM-TAM, CONTAGION, and more. Several of the films will be presented in newly restored digital, with two titles–JUPITER ASCENDING and SINGIN’ IN THE RAIN— to be screened in 35mm film.

The series will kick off this Saturday, August 21, at 7:00pm CT with DAUGHTERS OF THE DUST, introduced by Chaz Ebert, President of the Ebert Company, Ltd., and will conclude on Saturday, September 28 at 6:00pm CT with PRINCESS TAM-TAM, introduced by Ayana Contreras, host of Reclaimed Soul on WBEZ and Vocalo Radio.

The Film Center’s Director of Programming Rebecca Fons says, “Our Chicago Favorites represent an eclectic cross section of Chicagoans. This selection of individuals represents leaders in their fields, voices we admire, and people who inspire us. Curating this group of curators gave us the opportunity to remember the joy that comes when we share cinema that is personal to us. We are surrounded by film lovers.”

The Film Center’s Executive Director Jean de St. Aubin adds, “We look forward to sharing this bounty of films with our film-loving community. Our Chicago Favorites, all of whom are friends of the Gene Siskel Film Center, choose films that provide a window into our guest curators and represent the diverse viewpoints of Chicago itself. We are so grateful that they shared their favorites with us, providing an opportunity to come together to celebrate our curators and their favorite films.”

Fons explains the genesis of the idea for the Chicago Favorites series:

“Recently, during a long-awaited and much needed dinner with friends, we got to talking about the films we had all watched at home while Chicago was locked down. Guilty pleasures, comfort food, deep dives into filmmakers – everyone had watched a lot of movies. The conversation then turned to our favorite films, and a friend I’d known for years floored me with his pick. Knowing his choice, and why it meant so much to him, gave me an entirely new perspective on this person I’d known for years – his story behind the cinematic story was as special as the film itself. For our Chicago Favorites series, we invite you to get to know select notable Chicagoans through the perspective of their favorite films.

From a seminal title from their childhood, to a film that speaks to their identity or lived experience, from pure big screen entertainment to canonical, vital contributions to film history, these films articulate the diversity of our city, and of cinema. Our guest curators will either introduce each film or engage in a post-screening talkback, and we look forward to welcoming you to this series that celebrates the films they hold dear. Perhaps you will purchase a ticket because one of these films is your favorite as well, or – through the eyes of our Chicago Favorites – you’ll see the film, or them, in a new and wonderful way.”

Tickets are on sale now for $6 (Film Center members) or $12 (General Admission).