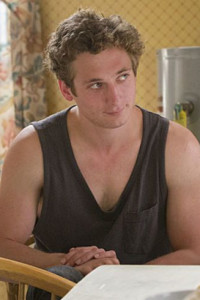 It’s shaping up to be a very busy 2022 for the Chicago television production industry. SCREEN reported back in October that the FX comedy series The Bear had received a series order, and now the new comedy is ready to roll. The Bear will begin filming in Chicago this week, and continue through March 31st.

Shooting locations for this first week of filming include residences in Chicago’s popular Wicker Park neighborhood, near North Avenue and Damen.

The first season will consist of eight half-hour episodes, and there will be approximately 30 shooting days needed to fill that order. And the episodes will center on a young chef who returns to Chicago to run the family restaurant.

The series marks a return to Chicago for Jeremy Allen White, who is coming off an 11-season run on Showtime’s Chi-Town Emmy winner Shameless, where he played eldest brother “Lip Gallagher.”

If you’re just hearing about Jeremy or are a perennial Shameless die-hard, you’ll appreciate this quick cinematic swing through his choice moments on the critically acclaimed comedy from Showtime…

Sources tell SCREEN the Unit Production Manager and Co-Producer of the series will be Chicago’s Carrie Holt de Lama, a cornerstone of the television and film production community in town. de Lama helmed the pilot for The Bear which shot in Chicago this past July. de Lama’s recent credits include Unit Production Manager of the popular Chicago-made Showtime series Work in Progress, which filmed and premiered its second season earlier this year. de Lama also served as UPM of several episodes of the Emmy-nominated HBO series Lovecraft Country and Showtime’s Emmy winner Shameless.

All-Star Cast and Crew for The Bear

The Bear is slated for a 2022 premiere. Check back here at Screen Magazine for the latest on specific premiere dates, shooting locations, additional supporting cast, local production team, and much more as this series forges ahead. You can also click right here to subscribe to our weekly email newsletter.