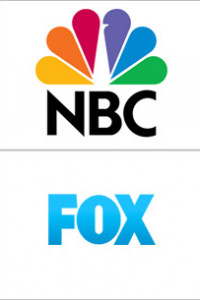 Great news heading into the holidays. Two network pilots that had been scheduled for this past Spring are now in full swing in Chicago. The NBC pilot ORDINARY JOE is currently filming at Cinespace, and it will be immediately followed by the FOX pilot THE BIG LEAP. Here is the latest on both projects…

SCREEN reported last month the NBC pilot ORDINARY JOE was eyeing a November return to production, and we can now confirm the pilot is currently filming in Chicago and should wrap by Thanksgiving. The team, led by Unit Production Manager Christian Clarke, Director of Photography Patrick Murguia (TOM CLANCY’S JACK RYAN) and Production Office Coordinator Zach Bradshaw, is shooting on the stages at Cinespace Studios, as well as various locations throughout the City of Chicago and nearby suburbs.

This pilot also marks a triumphant return to Chicago for a fan favorite. Charlie Barnett was one of the original cast members of ratings king CHICAGO FIRE, as paramedic Peter Mills, before leaving the show in 2015 after three seasons. Barnett now joins CSI:NY alum Natalie Martinez in ORDINARY JOE. Martinez will star as Amy, described as a bright and caring woman who forms an immediate connection with Joe Kimbrough (played by James Wolk). Barnett will play Eric Payne, one of Joe’s closest friends. ORDINARY JOE marks a reunion of sorts for Martinez and Barnett, who both starred in the ABC series SECRETS AND LIES.

ORDINARY JOE explores the three parallel lives of the show’s main character after he makes a pivotal choice at a crossroads in his life. The series asks the question of how different life might look if you made your decision based on love, loyalty or passion. The pilot is written by HOUSE veterans Russel Friend and Garrett Lerner, and is being directed by Matt Davidson, who is currently an executive producer on NBC’s ZOEY’S EXTRAORDINARY PLAYLIST.

One very notable Executive Producer on the project is Matt Reeves, director of THE BATMAN, the highly anticipated reboot starring Robert Pattinson that was just in Chicago for a much-publicized two weekend shoot downtown last month.

Is it scripted TV? Or is it a reality series? That’s the question with Fox pilot THE BIG LEAP, which is set to shoot in Chicago in December, after being put on hold back in March due to the COVID-19 pandemic. And the answer: it’s a scripted ballet-themed hourlong comedy-drama inspired by the UK reality series BIG BALLET. Director-producer Jason Winer is set to direct the Fox pilot, from THE PASSAGE writer/executive producer Liz Heldens and producer Sue Naegle.

THE BIG LEAP pilot is currently in pre-production at Cinespace, will likely be wrapped by the December holidays, and should be delivered to network by mid-January, so there should be a relatively quick turnaround here.

Written by Heldens, THE BIG LEAP centers on a group of diverse underdogs from all different walks of life who compete to be part of a competition reality series that is putting on a modern, hip remake of “Swan Lake.” What they lack in the traditional dancer body type, they make up for with their edge, wit and desire to reimagine an iconic story to fit their own mold.

You Should Know Who Liz Heldens Is

Heldens is also executive producing THE BIG LEAP with Naegle, Winer and Peter Dale of UK company Rare Day, which produced the reality series that inspired the pilot. Heldens developed THE PASSAGE for Fox based on the book trilogy by Justin Cronin. She also served as showrunner and executive producer on the series. Her other credits include creating the shows DECEPTION and MERCY and co-creating the series CAMP. She also served as a writer and producer on shows like FRIDAY NIGHT LIGHTS and THE ORVILLE.

Check back here at screenmag.com for additional updates as this pilot heads into production next month.