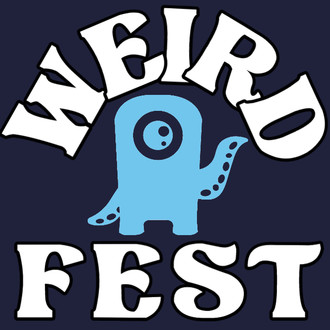 From the founder of Australia’s leading genre film festival – A Night of Horror International Film Festival – comes a cinematic celebration of all things fantastic, frightening, underground, paranormal, off-beat, and just plain weird… to the American Midwest!

The Midwest is filled with dark and mysterious byways, strange critters, and mythical beasties. And the great state of Wisconsin has more than its share: from the very real historical monsters Ed Gein and Jeffery Dahmer, through legendary cryptids like the Beast of Bray Road and the Hodag, to strange and wonderful places such as the Forevertron, a UFO landing port, and the mythical town of killer midgets known as Haunchyville…. It’s the perfect territory for a festival that focuses on weird cinema from all around the world.

The festival team wants MidWest WeirdFest to evoke the awe and chills of the sideshow alley of a dark carnival, a place filled with wonders, terrors, and forbidden surprises. The cinematic equivalent of a collection of pulp magazines and underground comix. A film festival that not only celebrates and showcases independent genre cinema – horror, sci-fi, fantasy, thriller – but one that welcomes all types of underground film. From experimental and avant-garde to offbeat and paranormal documentaries.