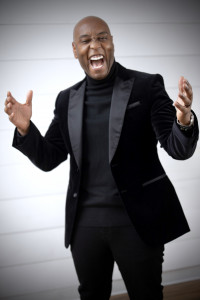 Quriosity Founder Qadree Holmes has added an Emmy winner to his renowned roster of directors. Holmes’ Chicago-based, minority-owned creative diversity boutique is excited to announce that Korey Miller has joined the talented lineup of commercial and creative content directors.

A Texas native, Miller’s current work includes content for advertising agencies and top brands including Tostitos, Toyota, Mary Kay, BLK EYE Vodka, and Gold’s Gym. Korey is also represented by the A3 Artist agency where he develops television programming for networks such as Discovery Channel, HGTV and BET. Korey has won over 50 awards including an Emmy and a Gold Addy.

On joining Quriosity Productions, Korey states he is “impressed by the company’s stellar reputation and commitment to diversity.” It took Korey “less than 30 seconds” to realize some real magic was about to happen between him and the company. “I could not be more thrilled to be joining this team!”

Executive Producer Qadree Holmes says, “It is nice to have the opportunity to expand our Quriosity roster to include more talented diverse faces. Korey’s beautiful combination of authentic storytelling and lifestyle is a welcome addition to the team.”

Known for being creatively passionate, loyal, and funny, Miller is very easy to work with. He describes himself as hard not to like unless you just don’t like air. Holmes says, “We are excited to share what we’ve seen from him with the rest of the broader advertising community.”

For more about Korey and to connect with Quriosity Productions, click here.