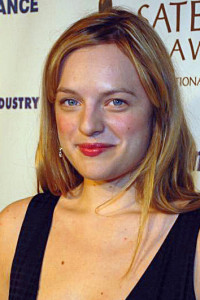 Apple has ordered a new series, RIPPLE EFFECTS starring Emmy Award winner Elisabeth Moss, for its streaming service Apple TV+, and the series will be shooting in Chicago. Oscar winner Leonardo DiCaprio is reportedly onboard as executive producer. Production offices at Chicago Studio City are open now, and filming is expected to begin next month.

A metaphysical thriller based on the 2013 best-selling novel THE SHINING GIRLS by Lauren Beukes, the series stars Moss as a Chicago reporter who survived a brutal assault only to find her reality shifting as she hunts down her attacker.

For some insight into this exciting new production heading to Chicago, here is a trailer for the best-selling novel SHINING GIRLS, the basis for the RIPPLE EFFECTS series…

The series will be adapted for television and executive produced by Silka Luisa, who will also serve as showrunner. Luisa’s recent credits include the CBS All Access series Strange Angel, for which she served as a writer and consulting producer.

There are many more announcements ahead, as key cast, crew, shooting locations, and premiere dates are released. Check back here at Screen Magazine as this new series forges ahead into production.