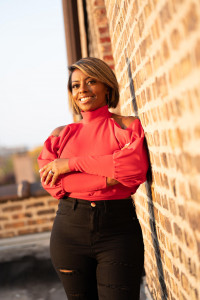 In the advertising world, Super Bowl Sunday is about anything but football. It’s about the commercials! Dani Jackson is Edelman’s Vice President of Influencer and Multicultural Marketing. We were honored to have Dani stop by SCREEN and share her picks and pans of the lineup. Let’s get to it!

SCREEN: What were your favorite spots of the Super Bowl?

DANI: I was glad to get a chance to laugh again at the ads that over the last two years were very serious considering the times.

Coinbase – Loved this spot, simple and impactful. My phone was in the car, but I had everybody else in the room grabbing their phones to follow the code.

Liquid Death – This spot caused debate at the party, which to me was the best sign that it was working. Half the room loved it while the other half were uncomfortable and squirming at the thought of kids drinking out of cans that looked like beer. Personally, I was all in.

DANI: The one that really tried too hard for me was Google Pixel. My friends and I were still cracking jokes today with the thought that a person of dark complexion couldn’t be photographed until Google Pixel came along to save us all. The setups were off, with examples of images that compared the Google Pixel to images that were obviously backlit or looked like they were taken with old school disposable cameras.

Every ad doesn’t need to have a race angle to it, rather the brand can elevate culture authentically. If I’m being fair, my iPhone shoots my complexion just fine.

If you’d like to hear more from Dani, click here for her thoroughly entertaining round of Five Questions with SCREEN a few months back.