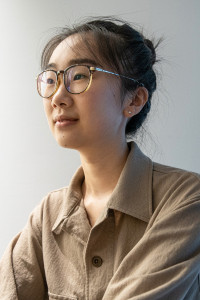 The Documentary Emmy Awards Ceremony is set for tonight, Wednesday, September 29th, at 7 pm Central, and Chicagoans have reason to watch and cheer this evening. Jiayan “Jenny” Shi and her team of producers, which includes Diane Moy Quon and Brent Huffman, will be in the spotlight tonight as their critically acclaimed film Finding Yingying is nominated for the Best Investigative Documentary. Jenny stopped by SCREEN to share her thoughts and insights heading into the Emmy awards ceremony…

SCREEN: What does the Emmy nomination mean to you as a filmmaker and your team?

JENNY: Being nominated for an Emmy is such a great honor to all of us. It recognized all the hard work from the film participants and the whole team, and further proved that a good story can be resonated with any audience, no matter who you are, where you come from, and what language you speak. We are so thrilled to see that Yingying’s story keeps getting attention and she is being remembered in a respectful way.

SCREEN: For those who haven’t yet seen the film, what will resonate with most when they watch Finding Yingying?

JENNY: Finding Yingying is not a traditional true-crime investigation film. The focus is on human interest and personal experience. Yingying is introduced to the audience more as a friend versus a victim of a heinous crime. It’s a story of a talented young woman loved by her family and friends, a story of a resilient family that lost their daughter. It’s also a story about chasing dreams in a foreign country. I believe the audience will resonate with one of the different perspectives presented in the film.

Here is the official trailer and preview of the Emmy-nominated documentary:

SCREEN: It’s been such a wonderful run for the film. What has been your most memorable or “favorite” moment of this festival and awards run?

JENNY: The Chicago Premiere for Finding Yingying at the Chicago International Film Festival is special to me as the story happened in Illinois and we have a Chicago-based crew. The film couldn’t have been made without the support from my producer Brent E. Huffman, Diane Quon, co-producer Shilin Sun, Kartemquin, and the rest of the team. It was not only a celebration of Yingying’s life, but also the first time that most participants in the film, other than the family and two other major participants, watched the full documentary. I was really nervous and also excited! Since Illinois is home to a large number of international students, we did a robust university outreach during CIFF. I hope the film can leave a tangible impact in the community.

SCREEN: What project is next for you?

JENNY: I’m always passionate about stories related to my life and identity. Right now I’m developing a new project about the Chinese American experience. Through the lens of my camera, I hope the audience can better understand the diversity of the Asian and Asian American communities.

Jenny is a graduate of Kartemquin’s Diverse Voices In Docs program, a TFI Network alum, the winner of the Paley DocPitch Competition 2018 and a fellow of 2020-2021 Women at Sundance | Adobe Fellowship. Jenny is named one of the DOC NYC “40 Under 40” filmmakers.

You can watch the Documentary Emmys streaming live Wednesday September 29th at 7pm Central and cheer for Jenny and the Finding Yingying family by clicking here.