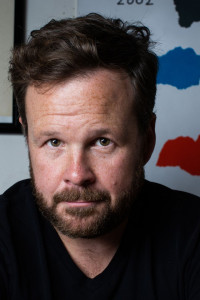 Variety said it best with its recent rave of Chicago filmmaker Jack C. Newell’s feature Monuments, declaring that the film “proves there’s still some life — and death and afterlife — in the quirky indie dramedy.”

You can now see for yourself as Monuments is out today on digital platforms across the planet, including Apple TV, Amazon Prime, and Google TV. Click here to rent or buy.

What better stamp of approval for a film than an audience award? The crown jewel of the festival resume for Monuments was bringing home the coveted Audience Award Winner from the Nashville Film Festival. In MONUMENTS, a young widower side steps grief, loss, and familial dysfunction when he steals his wife’s ashes and sets off on an impulsive odyssey through America’s heartland.

In MONUMENTS, Ted (David Sullivan) encounters a cast of eccentric characters, including his rival Howl (Javier Muñoz), who direct and misdirect him on his mission to find something he’d lost long before the death of his wife Laura (Marguerite Moreau).

A Long and Rewarding Road for This Roadtrip Comedy

MONUMENTS infuses humor and hope into a story of mourning, loss, and marriage to create one of the best feel good indie films of 2021. Click here for in-person and virtual screenings across the country for this indie feature.