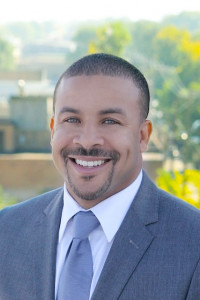 Cinespace Studios, a global studio platform, announced today that Michael Scott Jr. will join the company in the newly created position of Director, Industry and Community Relations. Scott will report to Ashley Rice, President and Co-Managing Partner, and start with the company in June. He will be based in Chicago.

In this new role, Scott will provide strategic management for industry and community relations and develop local philanthropic and early education programs for Chicago.  He will oversee the job training program that has been providing residents from underserved communities on the west and south sides with hands-on experience on productions filming at Cinespace Studios in below-the-line departments including Electric, Prop, Costumes, Locations, and Sound. The program is part of CineCares, a division of Cinespace dedicated to building initiatives that promote equity and inclusion in the Film and TV industry in communities where the platform operates.

“Michael has a proven track record for building programs and bringing resources to underserved communities.  His wealth of experience and drive to make a positive impact will advance Cinespace’s commitment to creating visible pathways for job opportunities and ensuring equal access in the film and TV industry,” said President and Co-Managing Partner Ashley Rice.

“Cinespace Studios is an important part of the local film and television infrastructure.  I am excited to join the organization and help lead efforts with our partners that will bring meaningful impact to our community,” said Scott.

For the past seven years, Scott has served on the Chicago City Council as the 24th Ward Alderman.  During his tenure, he beautified the ward, created an economic engine, dedicated more than 300 million dollars to capital and human infrastructure, and developed job training for residents. Over the course of his career, Scott has served at Chicago Public Schools, the Public Building Commission, After School Matter, and the Chicago Park District.  The son of prominent leaders in the city of Chicago, he was raised into a legacy of service and is a graduate of Morehouse College.