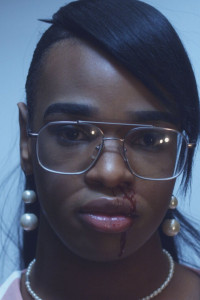 It’s time to get out to the theater… the newly reopened theater at the Gene Siskel Film Center, that is. Full Spectrum Features (FSF) is pleased to announce the films and filmmakers selected to take part in Chicagoland Shorts Vol. 7, an annual short film collection featuring boundary-pushing, emerging filmmakers from around Chicago. The premiere run of this lineup will take place at the Gene Siskel Film Center now through Wednesday September 8th, click here for your tickets.

Here is your first look at the lineup with the official trailer for Chicagoland Shorts Vol. 7

“An Alternative Method” by Hannah Schierbeek

“In Loving Memories” by Briana Clearly

The filmmakers of Chicagoland Shorts Vol. 7 present six films that investigate the lives of female characters through themes of identity, memory, intergenerational trauma, social justice, fear, and love. Featured filmmakers take control of their own narratives and showcase the resilience of women in our contemporary world through their works. Their works span a variety of genres from thriller to documentary, and have screened across the globe.

Tickets are available on the Gene Siskel Film Center’s website for the world premiere, featuring a filmmaker Q&A. Following the premiere, Chicagoland Shorts Vol. 7 will have a special screening on Saturday, September 4 at 8PM in McKinley Park with the Chicago Park District’s Onscreen Film Showcase.

Additional screenings are available at the Gene Siskel Film Center as follows: