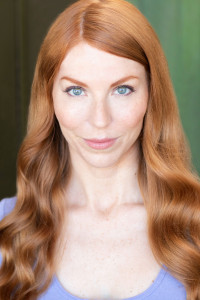 There is a new sci-fi franchise in the works in Chicago, with a highly touted ensemble of homegrown talent at its core and an all-star Executive Producer set to support. Wizdom is a futuristic fast-paced anti-hero drama rooted in a super-stylized world, boundless in possibility, and augmented with strategic visual effects to bring that compelling universe to life. Co-creator and lead actor Ashton Swinford (pictured here) stopped by SCREEN to share full details of the sci-fi pilot, which plans to roll this winter…

Wizdom was written by Swinford and Zack Sievers and was created by Sievers, Swinford, and Chicago-LA filmmaker Layne Marie Williams. The sci-fi thriller stars Swinford as lead protagonist “Eos,” and will be directed by Williams. Joining Layne Marie, Zack, and Ashton as a Producer on Wizdom is Grace Hahn, whose recent credits include a pair of critically acclaimed Midwest-made festival darlings, Stephen Cone’s Princess Cyd and Haroula Rose’s Once Upon a River.

One of the most impactful champions of the Chicago production community over the last decade has also joined forces with Swinford and the Wizdom team. Alex Pissios, President and CEO of Cinespace Chicago Film Studios, has come on board as the project’s Executive Producer. Pissios and his family have built Cinespace into one of the largest film studios in the United States, serving as the home of highly successful series Chicago Fire, Chicago PD, and Empire, to name a few,generating tens of thousands of jobs for Illinois professionals along the way. “We are incredibly grateful for Alex’s help bringing the project to life, as well as his expertise creating synergy with many strategic local partnerships,” Swinford shared with SCREEN.

The project is also being executive produced by Chicago-based company NextMissiun, as well as additional private investors.

Everybody Loves a Good Anti-Hero

At the heart of Wizdom is Eos, a true anti-hero. She loves her brother Vayle and serves as his protector, but her means of providing for them is by working as a professional thief. Meanwhile, Eos has an affinity for thrills – racing her motorcycle, stealing, and taking mind altering substances – but once she meets a helpful stranger, all that changes.

“Our heroes are not who you’d expect,” Swinford told SCREEN. “They’re arrogant, bold, adrenaline junkies, who get high on chemical substances. But when all that changes after a brush with their future, we get to see who they truly are in the face of new adversity.”

Ashton Swinford has been the definition of a multi-hyphenate artist since relocating to Chicago from New York in 2017, donning the titles of actress, writer, producer and comedian. She leapt to Chicago to produce The Onion’s The A.V. Club Hosted by John Teti, in addition to appearing on the show. As an actor, she’s appeared on FOX’s New Girl and Chicago PD, while her most recent work behind the camera included a stint as Production Coordinator on the HBO Max/ Comedy Central hit series South Side.

What’s Next for Wizdom

Swinford, Sievers, Williams, Hahn, and Pissios are ramping up to film this promising sci-fi pilot this Winter in Chicago. If you or your company is interested in partnering to bring the project to life, you can reach out to the team at WizdomProductionLLC@gmail.com.

“We are incredibly grateful to the Chicago community for continuing to support local projects, creators, and talent,” Swinford declared to SCREEN. “We are truly stronger together and we hope this project can be proof that Chicago can be the home of locally-produced, visionary content, from script to post-production.”

Check back here at SCREEN as this promising pilot forges ahead into production.