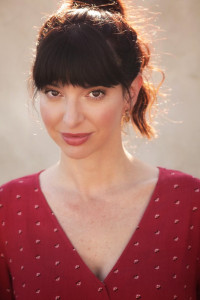 The Chicago artistic community is mourning the loss of one of its most beloved talents. Actor Lindsey Pearlman had been a mainstay in the Chicago theatre and on-camera world for over a decade before relocating to Los Angeles, and has passed away at the age of 43.

The actor’s cause and manner of death have not yet been confirmed with the case deferred pending further investigation, according to Los Angeles County Medical Examiner-Coroner.

“Our hearts are broken over the loss of our dear friend Lindsey,” the team at O’Connor Casting shared in a social media post. “She was light and laughter and wit and compassion. We are all brighter souls for knowing her.”

“My heart breaks for everyone grieving for Lindsey Pearlman tonight,” actor Elizabeth Laidlaw declared in a social media post. “She was beloved by so many, and she will be so missed.”

“The world is so much less brighter without Lindsey,” actor Jackie Osorio posted on social media. “What a beautiful person.”

“So heartbroken to hear this,” writer Rachael Zafer shared. “She was such an incredible light in the world.”

The actor’s rep, Michael Chiaverini, released a statement. “We are deeply saddened by Lindsey Pearlman’s passing today,” the statement read. “The family has asked for privacy during this difficult time while they process and grieve.”

Additional Details of This Tragedy

The former Empire cast member was found dead inside a vehicle near the entrance of Runyon Canyon Park – a popular hiking trail in Hollywood, California– on Friday, which is the date that the coroner lists as the day she died. Pearlman had been missing since February 15th and was last seen in Los Angeles around 9 p.m. local time, according to friends and family.

Pearlman’s notable television credits include roles in Selena: The Series on Netflix, The Ms. Pat Show on BET+, Sneaky Pete on Amazon Prime, American Housewife on ABC, and Vicious on Urbanflix.

Pearlman’s cousin shared on Twitter that “Lindsey was a fierce animal advocate and a talented actress. Please consider a donation to Sante D’Or [animal rescue and adoption center] in her honor. Please click here to make a donation in Lindsey’s honor.