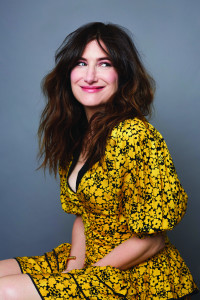 The 58th Chicago International Film Festival opens at the Music Box Theatre with renowned Chicago filmmaker Steve James’ A COMPASSIONATE SPY, following the remarkable story of University of Chicago graduate Theodore Hall’s involvement in the Manhattan Project, and his passing of crucial military secrets to Soviet intelligence in hopes of saving the world. In a Festival first, Opening Night will be celebrated with the ChiFilmFest Opening Night Block Party encompassing Southport Avenue between Grace and Waveland running from 5 – 10 p.m. and featuring live music, vendor booths, film photo opportunities, and a selection of food trucks offering a variety of cuisine.

Festival Centerpiece GLASS ONION: A KNIVES OUT MYSTERY from Rian Johnson sees the return of Detective Benoit Blanc as he travels to Greece to peel back the layers of a mystery involving a cast of colorful characters including Kathryn Hahn, who will be on hand to accept a Career Achievement Award.

Here is your first look at the Festival Centerpiece…

The Festival’s Closing Night presentation is WHITE NOISE, Noah Baumbach’s at once hilarious and horrifying, lyrical and absurd, ordinary and apocalyptic dramatization of a contemporary American family’s attempts to deal with the mundane conflicts of everyday life while grappling with the universal mysteries of love, death, and the possibility of happiness in an uncertain world.

Additional Special Presentations and Spotlight Chicago premieres include Stephen Frears’ THE LOST KING, an inspiring tale of empowerment and British history, starring Sally Hawkins and Steve Coogan; RAYMOND AND RAY, an affecting darkly comic portrait of two brothers, played by Ethan Hawke and Ewan McGregor; Michael Grandage’s MY POLICEMAN, starring Harry Styles; 2022 Cannes Film Festival top winners DECISION TO LEAVE, directed by Park Chan-Wook and CLOSE, directed by Lukas Dhont; and this year’s Venice Golden Lion winner, acclaimed documentary filmmaker Laura Poitras’ portrait of photographer Nan Goldin, ALL THE BEAUTY AND THE BLOODSHED. These films join previously announced highlights including EMPIRE OF LIGHT from director Sam Mendes, Martin McDonagh’s THE BANSHEES OF INISHERIN; and THE WHALE, starring Brendan Fraser as a reclusive man living with severe obesity who attempts to reconnect with his estranged daughter, with special guest Oscar-nominated filmmaker Darren Aronofsky participating in a Master Class before the screening and a public Q&A after the film.

The Chicago International Film Festival continues its proud tradition of recognizing the work of some of the most talented filmmakers and actors in the industry. This year’s Festival presents a Career Achievement Award to Festival Centerpiece GLASS ONION: A KNIVES OUT MYSTERY’s Kathryn Hahn and an Artistic Achievement Award to Jonathan Majors, star of JD Dillard’s DEVOTION, an aerial war epic based on the bestselling book of the same name, which tells the harrowing true story of two elite U.S. Navy fighter pilots during the Korean War and screening as part of the Festival’s Black Perspectives program. Anna Diop will receive the Festival’s Rising Star Award for her work in Nikyatu Jusu’s NANNY, the story of a Senegalese nanny increasingly haunted by the absence of the young son she left behind.

The Chicago and Illinois community takes center stage in the 58th Chicago International Film Festival’s City & State program, featuring ART AND PEP, Mercedes Kane’s heartfelt tribute to activists Art Johnson & Pepe Peña, whose celebrated gay bar Sidetrack has fueled movements and created community on Chicago’s Halsted Street for decades; SAINT FRANCIS director Alex Thompson’s latest drama, the psychological thriller ROUNDING; and the World Premiere of KING OF KINGS: CHASING EDWARD JONES, Harriet Marin Jones’ explosive portrait of her grandfather, a gambling entrepeneur who was one of the most powerful and richest Black men in America in the 1930s and ‘40s who went head-to-head with the Chicago mob.

The Chicago International Film Festival proudly offers a selection of 20 feature titles and nine short film programs virtually to audiences across Illinois, Wisconsin, and Indiana via the Festival’s online streaming platform and Festival apps for Roku and Apple TV. Virtual screenings are ticketed, and streaming films will be viewable in the comfort of one’s home beginning Thursday, October 13 at noon CT through 11:59pm on Sunday, October 23, 2022.

Festival passes are on sale now, with individual tickets going on sale September 20 for Cinema/Chicago Members and September 23, 2022 to Non-Members. Passes and tickets can be purchased at www.chicagofilmfestival.com/tickets.

Be sure to check back here at SCREEN Magazine for all the latest from the festival circuit in Chicago and between the coasts. You can also click right here to subscribe to our weekly email newsletter.