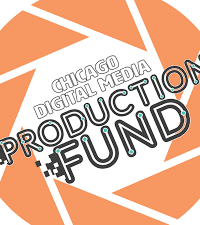 Chicago Filmmakers is pleased to announce that the Chicago Digital Media Production Fund (CDMPF) has awarded cash grants ranging from $3,000 to $20,000 to seven Chicago artists for the production of their socially progressive digital media projects.

The CDMPF is designed to support forward-thinking media arts projects with the capacity to impact social change and is intended to support artists from diverse backgrounds with varying levels of experience. Chicago Filmmakers’ goal is to empower the local filmmaking community with critical funding and additional resources to help artists realize their visions and engage audiences.

An independent panel of community peers and media professionals reviewed the submitted proposals. Guidelines stipulated that projects must address social justice issues and/or represent points of view of those historically marginalized by mainstream media.

In addition to funding projects selected by the panel, Chicago Filmmakers also channeled $10,000 in funding through Creative Cypher, a multi-service entertainment company, to support the winner of their Chicago Film XLerator content lab, a project intended to discover new BIPOC talent and increase creative pipelines in the industry.

This year’s projects address topics such as the underreporting of missing African American women and girls, the familial impact of dementia, relationship abuse, race relations, the oppression of beauty ideals, and life in America for immigrants.

Funding for the Chicago Digital Media Production Fund is provided by Voqal.

Here are the awarded projects…

STILL SEARCHING by Latoya Flowers ($20,000)
For more than 20 years, African American women and girls have gone missing across the United States, unprotected by law enforcement, the media, or the public. Damon Lamar Reed, a Chicago-based visual artist, begins a visual odyssey to paint them back into public life.

NUESTRA HERENCIA LEGACY FILM PROJECT by Erin Babbin ($15,000)
This community preservation project highlights seniors of Pilsen who garden at El Paseo Community Garden. The documentary series captures their immigration stories and how gardening connects them to home, family, and healing.

LAUGHING THROUGH THE TEARS by Christine List ($15,000)
Based on the life of the film’s co-writer Christine Houston, this narrative short film is about the impact of dementia on the enduring love of an older Black couple.

HAIR by Lorena Diaz and Wendy Mateo ($12,000)
In a world that stuffs beauty ideals down our throats via unrealistic images in magazines and on social media, HAIR tells the story of a Latina-owned neighborhood salon that is there to tell it like it is, make you look your best, and keep your secrets in the process— hair or no hair.

THE LAST DROP by Adam Joel ($12,000)
THE LAST DROP is a sci-fi film about relationship abuse inspired by the memories of real survivors— the director included. The film follows a young woman in a seemingly loving relationship uncovering signs that her boyfriend has begun editing her memories in his favor.

HINDSIGHT by Kimberly Michelle Vaughn ($10,000)
Winner of Creative Cypher’s Chicago Film XLerator
Inspired by the events of 2020, the “producers” of this mockumentary bring together four random, racially diverse, strangers who must coexist in the same home. As they learn about one another, things head south once the producer coaxes a naive black actor to portray the role of a cop, which turns everyone against each other.

VIDEO FUNERAL by Linh Tran ($3,000)
This narrative short film portrays the experience of a Vietnamese immigrant living in the United States. Lam, an international student, welcomes her younger sister, Phuong, from Vietnam to her Chicago apartment. Phuong brings a DVD of their father’s funeral, which Lam could not attend.

Brent Kado
Brent Kado is the Executive Director of the Chicago Comedy Film Festival, Great American Script Contest, and Los Angeles Comedy Film Festival. He is a filmmaker, director, and producer recognized for his work in the Chicago Sun Times, Indiewire, Forbes, Ad Age, and MovieMaker Magazine. Kado’s most recent project is a true crime docu-series that has been optioned by LA-based Indigo Films. Kado is also an adjunct professor at Columbia College.

Jeremy Germain
Jeremy Germain is an award-winning Latino filmmaker based in Chicago who focuses on writing and directing. His work has been featured across the country and internationally, and he has won several awards in numerous categories; his most recent short script was selected for over a dozen festivals. He’s currently working on his second feature-length script, and freelances as a photographer, editor, and 1st AD.

Seth Savoy
Cajun filmmaker and screenwriter Seth Savoy is catapulting himself into the entertainment industry, quickly becoming known for his flashy filmmaking style with heavy-hitting A-list talent. In 2020, Savoy made his feature film debut with the star-studded crime drama ECHO BOOMERS. Savoy studied filmmaking at Columbia College Chicago, where he made multiple award-winning short films that have screened globally.

Theresa Campagna
Theresa Campagna is a queer Filipinx-Sicilian journalist, supporter of journalists with disabilities, and trauma-informed teaching artist. She has over a decade of experience in multiform journalism and filmmaking. Her work has appeared in PBS, XOJane, PRX, Getty Images, South Side Weekly, VOX, and LWC Studios. She is a 2016 Diverse Voices in Doc Fellow with Kartemquin Films.

Michelle Crenshaw
Michelle Crenshaw is a cinematographer and camera operator who works freelance on features, episodic television, and documentaries. She is currently working on the CBS series BOB LOVES ABISHOLA as a camera operator and has also worked as a cinematographer on independent shorts and features including AS EVIL DOES, BRIDGING THE DIVIDE: TOM BRADLEY, and more. Ms. Crenshaw became an adjunct faculty member for the University of Southern California Cinematic Arts in 2018 and is an active board member of the International Cinematographers Guild. A delegate of the LA County Federation of Labor, AFL-CIO, she’s also politically active in state worker’s protection and voter rights.

Sam Rong
Sam has a decade of experience in multimedia storytelling in journalism and film. He has worked in newsrooms and production houses in Asia, Africa, and North America. His work has been shown on Al-Jazeera, CNN, Vice, eNews Channel Africa, and PBS. He was the editor of the Al Jazeera documentary GATELESS and a director of photography for WTTW’s documentary series FIRSTHAND and CHICAGO STORIES. Sam’s recent role in independent documentary was as editor of FACELESS, a feature-length piece about the 2019-2020 Hong Kong protests, which has been shown at Hot Docs and the Busan Film Festival.

Jiayan “Jenny” Shi
Jiayan “Jenny” Shi is an Emmy-nominated documentary filmmaker and video journalist who is passionate about stories that find shared humanity and compassion. Her debut documentary FINDING YINGYING (MTV Documentary Films) has won numerous awards including the Special Jury Recognition for Breakthrough Voice at the 2020 SXSW Film Festival and a China Academy Award of Documentary Films and was nominated for a News & Documentary Emmy award. Jenny’s work has appeared on Paramount +, MTV, BBC News, PBS NewsHour, Business Insider, and Bilibili. She has also contributed to work on Netflix, Discovery Channel, Tencent, and Google, among others.

Melissa Sterne
Melissa Sterne is a Chicago-based editor whose award-winning work has aired on the
PBS series American Masters and POV, and screened at national and international film festivals. She was an editor on the feature documentary PUNCH 9 FOR HAROLD WASHINGTON (directed by Joe Winston) which won the 2021 Chicago International Film Festival Audience Award for Best Documentary. She edited WE ARE WITNESSES: CHICAGO (produced by Kartemquin Films) which was nominated for a 2020 Emmy in the category of Outstanding New Approaches: Documentary. Other recent editing credits include the PBS documentary MIKVA! DEMOCRACY IS A VERB (directed by Bob Hercules) and SEASONS OF CHANGE ON HENRY’S FARM (directed by Ines Sommerl).

Pegah Pasalar
Pegah Pasalar is an Iranian artist and filmmaker currently based between Chicago and Brooklyn. She was a full-merit scholarship awardee at the School of the Art Institute of Chicago, where she obtained an MFA with a focus on film and video. She is a recipient of grants from the City of Chicago’s Department of Cultural Affairs grant and from 3Arts, and has received fellowships and residencies such as the Kala Media residency award, Bemis, Yaddo, and Banff. She has presented her work in multiple national and international festivals and venues, such as Athens International Film and Video Film Festival, Chicago Underground Film Festival, Festival Internacional de Cine Documental de Buenos Aires (FIDBA), Austria International Film Festival, Onion City Film Festival, Ecra, and more. LOST IN HER HAIR (MONDAY), a hybrid documentary, is distributed by Videographe. She is currently taking part in the 2021 UnionDocs Collab studio and was a recent participant in the Lit and Luz Festival.

Dan Rybicky
Dan Rybicky is an award-winning filmmaker who tells stories to inspire conversations about complicated social issues. He produced and co-directed ALMOST THERE, Kartemquin Films’ critically-acclaimed feature documentary about art, mental health, and aging in America, and his short documentary about healthcare ACCIDENT, MD won Vimeo’s 2019 Best of the Year Award after receiving a favorable review in The New Yorkerand being broadcast on PBS/Independent Lens. He recently completed two new short documentaries: LARRY FROM GARY (about a dance teacher in Gary, Indiana) and STORMY AND THE ADMIRALS (about a group of elderly feminists in Chicago who go see Stormy Daniels strip.)

Check back here at SCREEN for the latest news from the independent film world between the coasts. And you can also click right here to subscribe to our weekly email newsletter.