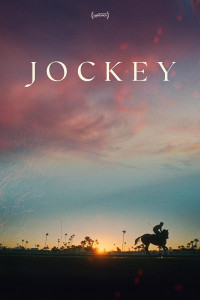 In between, the festival features exclusive screenings of the year’s most anticipated films, including Tribeca Film Festival winner The Novice, written and directed by Lauren Hadaway; a special presentation of Jane Campion’s masterful The Power of the Dog in vibrant 4K; a 40th Anniversary screening of Michael Mann’s Thief, starring James Caan and presented on 35mm; and documentaries including Robert Greene’s incisive Procession; Rob Christopher’s Roy’s World: Barry Gifford’s Chicago, narrated by Willem Dafoe and Lili Taylor; and Bernstein’s Wall, a complex look at one of the 20th century’s most acclaimed talents.

Featuring a dozen feature-length films (and one curated short film program) selected with care by some of the most respected film journalists in the city, this year’s Chicago Critics Film Festival will feature several special guests scheduled to attend their screenings and participate in post-film Q&As with audiences. Anticipated special guests include (subject to change):

Clifton Collins, Jr., star of Jockey, filmmaker Clint Bentley’s heartfelt story of an aging jockey (Collins, Jr.) aiming for one final championship when a young rider arrives claiming to be his son. (Note: This Q&A will be virtual.)

Douglas Tirola, prolific documentary producer who takes the director’s chair for Bernstein’s Wall, a chronicle of the life and work of Leonard Bernstein.

The complete lineup for the eighth annual Chicago Critics Film Festival is below, including screening dates/times and special guests expected to attend.

BELLE
Director: Mamoru Hosoda | 123 mins
From the celebrated Academy Award®-nominated director Mamoru Hosoda and Studio Chizu, creators of Mirai, Wolf Children, Summer Wars, and more, comes a fantastical, heartfelt story of growing up in the age of social media. Suzu is a shy, everyday high school student living in a rural village. For years, she has only been a shadow of herself. But when she enters “U”, a massive virtual world, she escapes into her online persona as Belle, a gorgeous and globally-beloved singer. One day, her concert is interrupted by a monstrous creature chased by vigilantes. As their hunt escalates, Suzu embarks on an emotional and epic quest to uncover the identity of this mysterious “beast” and to discover her true self in a world where you can be anyone.
Screens: Sunday, November 14 @ 12pm

BERNSTEIN’S WALL
Director: Douglas Tirola | 100 mins | Documentary
Douglas Tirola’s thrilling documentary portrait of famed composer and conductor Leonard Bernstein artistically tells the story of an immigrant son who became a phenomenon as the visionary and exuberant conductor of the New York Philharmonic, and, then for decades, the face of classical music for the nation. Bernstein joyfully responded to the clamor of his times, matching his passion for music with an unyielding commitment to political engagement. Tirola also reveals a husband and father wrestling with what Bernstein called “his demons” of his hidden sexuality. We see Bernstein as a tireless participant in the anti-war and civil rights movements and a factor in the de-escalation of tensions between the U.S. and U.S.S.R. Incredibly Tirola uses Bernstein’s own voice almost exclusively to turn the maestros’ life story into a call to action for artists and those that believe in the arts to create change in today’s society with the goal of bringing freedom and respect to all people.
Screens: Saturday, November 13 @ 7pm with filmmaker Douglas Tirola scheduled to attend

CATCH THE FAIR ONE
Director: Josef Kubota Wladyka | 85 mins
A former boxer embarks on the fight of her life when she goes in search of her missing sister. Catch the Fair One is a taut thriller and second feature for Tribeca “Best New Narrative Director” winner, Josef Kubota Wladyka, and a star-making debut for professional boxer, Kali Reis. Kali is the first Native American fighter to win the International Boxing Association middleweight crown and she fought in the first female boxing match ever televised on HBO. She is currently the WBA Super lightweight champion.
Screens: Saturday, November 13 @ 9:45pm

JOCKEY
Director: Clint Bentley | 94 mins
An aging jockey (Clifton Collins Jr.), hopes to win one last title for his longtime trainer (Molly Parker), who has acquired what appears to be a championship horse.  But the years – and injuries – have taken a toll on his body, throwing into question his ability to continue his lifelong passion. And the arrival of a young rookie rider (Moises Arias), who claims to be his son, and whom he takes under his wing, further complicates the path to fulfilling his dream.
Screens: Sunday, November 14 @ 5:30pm with star Clifton Collins, Jr. scheduled to appear virtually

Here is Collins, Jr. accepting the award for Best Actor at Sundance earlier this year:

THE LOST DAUGHTER (pictured)
Director: Maggie Gyllenhaal | 121 mins
Alone on a seaside vacation, Leda (Olivia Colman) becomes consumed with a young mother and daughter as she watches them on the beach. Unnerved by their compelling relationship, (and their raucous and menacing extended family), Leda is overwhelmed by her own memories of the terror, confusion and intensity of early motherhood. An impulsive act shocks Leda into the strange and ominous world of her own mind, where she is forced to face the unconventional choices she made as a young mother and their consequences. This is Maggie Gyllenhaal’s directorial debut, based on the novel by Elena Ferrante. The Lost Daughter also stars Jessie Buckley, Dakota Johnson, Ed Harris, Peter Sarsgaard, Dagmara Dominczyk, and Paul Mescal.
Screens: Friday, November 12 @ 7pm

THE NOVICE
Director: Lauren Hadaway | 94 mins
Isabelle Fuhrman (Orphan) plays Alex Dall, a queer college freshman who joins her university’s rowing team and undertakes an obsessive physical and psychological journey to make it to the top varsity boat, no matter the cost. Intent on outperforming her teammates, Alex pushes herself to her limits—and beyond, alienating everyone around her in the name of success. Furhman’s fierce lead performance collides with Lauren Hadaway’s bold direction and dynamic editing, creating a visceral window into a cutthroat world. Stylish cinematography and a seductive soundtrack complete the experience, evoking the romance and danger of falling in love; the attraction, the drama and the fallout. This unapologetic debut from Hadaway, based on her personal experience as a competitive collegiate rower, heralds a bold new voice in queer storytelling. If you liked Whiplash, this one’s for you.
Screens: Saturday, November 13 @ 5pm

THE POWER OF THE DOG
Director: Jane Campion | 126 mins | Screens in 4K
Charismatic rancher Phil Burbank (Benedict Cumberbatch, in a mesmerizing performance) inspires fear and awe in those around him. When his brother George (Jesse Plemons) brings home a new wife (Kirsten Dunst) and her son Peter, a wispy medical student (a terrifically unsettling Kodi Smit-McPhee), Phil sets out to torment them—until he finds his own dominance threatened. Working with an extraordinary cast, master filmmaker Jane Campion (The Piano, Bright Star) remakes the American Western with this continually surprising, gorgeously photographed, and incisive drama about manhood, intimacy, and revenge.
Screens: Friday, November 12 @ 9:30pm

PROCESSION
Director: Robert Greene | 116 mins | Documentary
Six midwestern men — all survivors of childhood sexual assault at the hands of Catholic priests and clergy — come together to direct a drama therapy-inspired experiment designed to collectively work through their trauma. As part of a radically collaborative filmmaking process, they create fictional scenes based on memories, dreams and experiences, meant to explore the church rituals, culture and hierarchies that enabled silence around their abuse. In the face of a failed legal system, we watch these men reclaim the spaces that allowed their assault, revealing the possibility for catharsis and redemption through a new-found fraternity.
Screens: Sunday, November 14 @ 2:30pm with filmmaker Robert Greene scheduled to attend

THIEF – 40th Anniversary Screening
Director: Michael Mann | 123 mins | Screens on 35mm
Becoming closer to his dream of leading a normal life, a professional safecracker agrees to do a job for the mafia, who have other plans for him. Released in the U.S. as Violent Streets, Michael Mann’s super influential minimalist neo-noir looks as authentic and original today as the day it did in 1981. Mann used real thieves as technical advisors on the film and that Tangerine Dream soundtrack is a joy. Donald Thorin’s moody and brilliant cinematography seals the deal.
Screens: Saturday, November 13 @ 11:59pm

ZALAVA
Directors: Arsalan Amiri | 93 mins
In 1978, the inhabitants of a small village in Iran called Zalava claim there is a demon among them. Massoud, a young gendarmerie sergeant, who investigates this claim encounters an exorcist attempting to rid the village of the demon. When he arrests the exorcist on charges of fraud, the villagers fear and anger escalates. Massoud and his love interest, a government doctor, soon find themselves trapped in a cursed house, surrounded by villagers who believe they are both possessed by the demon.
Screens: Friday, November 12 @ 11:59pm

Explore the entire schedule and secure tickets/passes in advance at www.chicagocriticsfilmfestival.com.