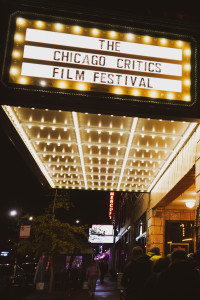 The Chicago Film Critics Association (CFCA), the Chicago-area print, online and broadcast critics group that celebrates the art of film and film criticism, today announces the audience choice award winners at the recent Chicago Critics Film Festival. This year’s award winners, voted on by those in attendance, are:

Over 1,000 vaccinated and masked film enthusiasts safely returned to the cinema this weekend for exclusive screenings and special guests, marking another successful year for the only film festival programmed and produced by film critics.

Here are some choice photos from the festivities, courtesy of Hilltop Photo Company:

As one event wraps, the organization also confirms the return of the Chicago Critics Film Festival in 2022. The event will again feature one full week of screenings at Chicago’s historical Music Box Theatre, May 13-19, 2022.

Finally, the Chicago Film Critics Association has set the dates for their annual year-end awards honoring the best in filmmaking in the calendar year. Nominees will be announced on Monday, December 13 with winners to be announced at their annual year-end awards event on Wednesday, December 15. For all the latest on CFCA events and awards, follow on Twitter at @chicagocritics and @CriticsFF, and on Facebook. You can learn more at chicagofilmcritics.org and chicagocriticsfilmfestival.com.