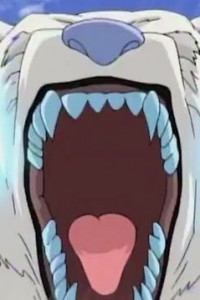 This fall, gather the family for a new co-viewing experience. Chicago-based Questar Entertainment announced today that its linear channel, FamilyTime, is available on SLING TV for free, let’s take a look at the lineup…

So what’s FamilyTime all about? The channel includes iconic classic movies, exciting TV series and on-demand programming. FamilyTime is joining over 150+ free live channels and 40,000 on-demand movies and shows on SLING.

Questar, a Chicago-based company, started out 37 years ago in film distribution and has built a library of family movies and shows including licensed content like Bingo & Molly, which was originally produced for The Learning Channel, and went on to win the CINE Golden Eagle Award for Excellence. In addition, Questar recently acquired beloved, animated series Monsuno, Wizards vs. Aliens, and British James Bond parody, Danger Mouse. Both the Danger Mouse Classic Collection from 1981 and the remake from 2015, which are popular on Netflix, are now available on FamilyTime.

“Through FamilyTime, many people are discovering old shows and classic movies that had limited distribution. For instance, Monsuno was originally released on Nicktoons in 2012 and has a popular action figure toy line. When we post on our FamilyTime YouTube page and FamilyTimeChannel TikTok, we started getting comments like ‘fire show sad I can’t find it anywhere to watch it.’” shared Amanda Elliott, Director of Marketing and Strategic Partnerships at Questar.

On top of 2000s movies, FamilyTime has a collection of 1980s and 1990s TV movies Konrad, Bridge to Terabithia, and On Our Own. These were the first movies or early performances of great actors. Necessary Parties, for example, stars a young, Mark-Paul Gosselaar, who shared the screen with Alan Arkin. Other great classics include The Lucy Show, Swiss Family Robinson and Betty White’s first sitcom, Life with Elizabeth.

And here is the full movie screener for Bridge to Terabithia…

In addition to classics, Questar has produced original programs for PureFlix and PBS and is set to release its first FamilyTime Original Christmas movie, The Christmas Pitch, on its app and channel this winter.

FamilyTime’s fall line-up includes Ariel & Zoey & Eli, Too, an NBC nationally syndicated musical variety show, and its companion show, Steal the Show. The sibling group has a popular following with over 3 million Facebook fans, and in 2015 they received a Daytime Emmy Nomination in the category of Outstanding Original Song, becoming the youngest ever to receive a nomination in that category.

FamilyTime taps into the co-viewing experience so that multiple generations can enjoy a carefully curated collection. Categories include book to screen, Classic TV, Inspirational, Young Adult, and Christmas All Year.

Yet Another Big Step for Questar

This is the second channel launch for Questar. This summer, Questar launched GoTraveler on SLING. Both channels have a linear feed and will roll out an on-demand section this winter. Click here for more of SCREEN’s recent coverage of Questar’s new releases and partnerships.

Visit SLING.com or download the SLING app, available on all major devices, to create an account and start watching FamilyTime for free.

Be sure to check back here at SCREEN Magazine for the latest in Chicago and Illinois television production. You can also click right here to subscribe to our weekly email newsletter.