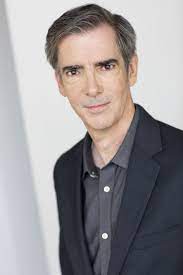 Will Clinger is a fan favorite of the Chicago theatre and television scene, and host of the popular Wild Travels. Unfortunately, on Monday night, he found himself in his wildest situation to date, as he was the victim of an assault on Chicago’s Red Line on the North Side. Clinger is recovering quickly and is making a call for increased safety on the city’s public transportation services.

“I had my phone out and there were two people, a woman and a man, sitting across from me,” Clinger told ABC Chicago. “The woman darted across the aisle, grabbed the phone and both of them ran out the train car.”

As he was next to the door, the 64-year-old bolted after them. “It was pure instinct,” Clinger said to ABC Chicago. “I chased them down the platform and the next thing I know, I don’t remember getting hit, but something must have hit me hard in the head. I got stitches to prove it.”

As for the criminals, the thieves fled on a night when police said there was another incident near Chicago’s Thorndale neighborhood, a robbery of a female passenger.

In addition to regular CTA patrols, the agency confirmed it has contracts with private security firms to provide “an added presence across the system,” according to ABC Chicago.

CTA said those unarmed guards “are trained in de-escalation techniques and are an added layer of trained eyes/ears… for reporting incidents to police.”

Clinger, the host of Wild Travels on PBS, a show about eclectic encounters across America, was stunned at the violence. He suffered a contusion, brain bleed and a swollen right hand.

“This city is a great city,” Clinger said in his interview with ABC Chicago. “It deserves to be enjoyed without feeling threatened, let’s be honest.”

Police reiterated to ABC Chicago that you should never give chase when you’re the victim of a criminal act. They continue to investigate the assault on Clinger.

Let’s Get Back to the Good News

Shifting to more positive news, Will is making a speedy recovery and the show he hosts is in full swing. Let’s take a moment to enjoy Will’s work on the entertaining show Wild Travels…

You can click here to enjoy Will Clinger and the series he joyfully hosts, Wild Travels, on streaming services worldwide.