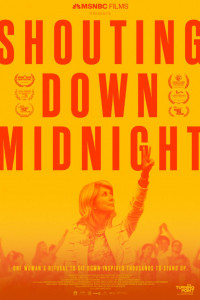 Powerful storytelling is at the forefront, and you’ll have your first look this Sunday. charlieuniformtango recently collaborated on Director Gretchen Stoeltje’s compelling documentary, Shouting Down Midnight, executive produced by Richard Linklater. The film is set to kick off the Trevor Noah Docuseries The Turning Point which highlights hot-button issues in America. The world television premiere is set to take place on MSNBC this Sunday, October 23rd at 9PM CT.

“It’s an important film. All of us at Tango were honored to partner on the making of it,” said Keith Munley, charlieuniformtango Austin Executive Producer. “We were grateful for the opportunity to work with the film’s director and producers to help tell the story of this historic moment. It really was a labor of love for all of us. Nick Patronella and Artie Peña spent months working on the color and sound. The challenge of any documentary is to find ways to convey the inherent power of Truth. This film does that: The scene at the end, when the cheering, chanting crowd helps an exhausted Wendy Davis make it past the filibuster’s midnight deadline, still gets me every time.”

“Doing any part in the fight for reproductive rights was an honor,” added Nick Patronella, charlieuniformtango editor who was sound editor and mixer on the film.

Click here to enjoy a clip from Shouting Down Midnight, introduced by Trevor Noah.

Be sure to tune into MSNBC this Sunday, October 23rd at 9PM CT.

Credits for Shouting Down Midnight (Click here for full credits):

Be sure to check back here at SCREEN Magazine for the latest from the film and television community. You can also click right here to subscribe to our weekly email newsletter.