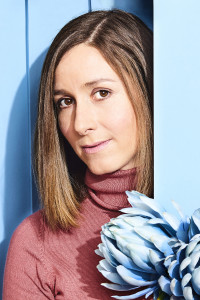 With Canteen’s relaunch, they have turned their focus toward representing a varied range of talent that more completely serves the growing needs of progressive food and beverage creatives. The new roster marks an expansion from tradition and includes VFX specialists, visualists, and animation Directors, positioning Canteen as tabletop experts with an eye for multi-media creativity.

Reactiv is an animation duo comprised of Alon Isocianu and Anna Junger, who have created both 2D and 3D animations across a range of styles including 3d character animation and photo realistic CG product work for brands like Hershey’s, Cheerios and Burger King. Paloma Rinc n is a visualist whose graphic style and bold use of color create visual games that challenge common perceptions. Her work has appeared in a range of exhibitions around the globe and she was recently recognized by the VICE Creators Project, which noted that she is “interested in bright colors and fascinating forms, with palpable textures and absurd juxtaposition.” Some of her food and beverage clients include Absolut, Michelob Ultra and Oreo.

The Marmalade veteran Niels Thomsen also joins the roster and leads the charge in Canteen’s push to combine live action tabletop and VFX. Thomsen’s work seamlessly fuses lifestyle, VFX, and stunning tabletop cinematography – often all in a single spot. He has Directed for such brands as Nescafe and McDonald’s.

Jacek Szymanski rounds out the new roster additions with a deep body of work that touches on sweets, fast food, lifestyle and stop motion for brands like Keebler, McDonald’s, and Knorr. Szymanski’s work is visually forward and tactfully ranges from surreal to naturalistic, always demonstrating his technical skill and talent for emphasizing appetite appeal.