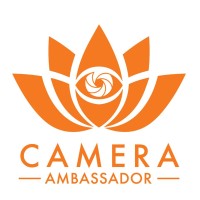 Matt Carroll is the new Operations Manager at Camera Ambassador.

“I fit in really well with ACs and DPs because I love to communicate with directors and tinker and fix things,” Matt explains, “but I also love talking to clients – I just love problem-solving, both technically and interpersonally.”

Once upon a time, Matt had studied Electrical Engineering at Miami University in Oxford, Ohio. However, Matt began feeling that his creative needs weren’t being met. He’d done theater ever since high school and loved telling stories. As a result, Matt transferred to Columbia College Chicago to study Cinematography. Upon graduation in 2019, Matt, with his production studio Volta Photo/Video, DP’d and camera assisted on music videos (Wilco, Iron & Wine), commercials (Coca-Cola, Regal, Cancer Treatment Centers of America; Trustmark), TV shows (Chicago PD, neXt), web shows (Feed Yourself) and a wide variety of independent short and feature films.

“I’m most excited by the fact that Erica is allowing me to build the job out with her as we see which areas I naturally fit in,” Matt comments, “it’s been very nice.”

Matt wears many hats while at Camera Ambassador. He assists Lead Technician Eric Silver in preparing and maintaining film equipment. He oversees marketing decisions and works closely with Content Director Connor Smith in campaigns such as the Camera Ambassador Community Builders Grant Pitch Party in May. Most importantly, he ensures efficiency with organizational internal workflow and helps all departments of Camera Ambassador be in constant communication with one another.

“We’re so excited to have Matt on board!” Founder and CEO Erica Duffy exclaims. “Although it’s only been a couple of months, he’s already become such an integral member of our growing team with his unique experience and skill set.”

Founded in 2014 by Erica Duffy, Camera Ambassador is one of only three equipment rental houses nationwide owned and operated by a woman. Her vision was to create a vibrant community of artists by providing high-quality film equipment and top-notch service paired with genuine support for their productions. Camera Ambassador is a one-stop shop, carrying everything from cameras and lenses to grip trucks and production supplies. Their equipment roster includes high-end brands such as Arri, Red, Canon, Cooke, Zeiss, O’Connor, Small HD, Teradek, and more. They’ve also got you covered with specialty items such as anamorphic lenses, gimbals, and grip trucks.