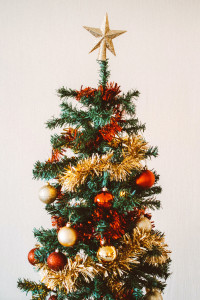 Christmas is here, and there are plenty of Chicago-made movies for you to enjoy in cozy comforts of your home this weekend. And not just those classics from twenty years ago, we’re talking about Chicago Christmas productions that were made this year. Here’s a fabulous foursome for you and your family over the holidays…

One of the Most Watched on Disney+

Set in Chicago, made in Chicago, Christmas Again recently premiered on Disney+ and has been an immediate hit. The movie was the #7 most watched on the streaming supernetwork over the past week.

In Christmas Again, 12-year-old Rowena makes a wish and unexpectedly finds herself reliving Christmas Day over and over again. Here’s a quick preview…

In A Christmas Witness, federal agent Jessie babysits Dean McCoy until he testifies before a grand jury a few days after Christmas. As the two try to save a small town’s holiday lighting ceremony and fight off hit men at the same time, they form a romantic connection.

Click here to give this movie a watch on the Ion Network all weekend.

The Christmas Pitch, produced by Illinois production and distribution company, Questar Entertainment, is now available for your holiday viewing pleasure on Amazon Prime and Vudu. The diverse cast is led by Joseph Morales, who assumed Lin-Manuel Miranda’s role of Alexander Hamilton for the Chicago run and national tour, and Alexa Maria Huerta (The Chi, Shameless). Directed by Layne Marie Williams, the feature filmed this past April and May in the Downtown Loop district, before riding its sleigh through the Chicagoland suburbs, including Oak Park, Evanston, and Glen Ellyn.

Christmas with Felicity Now on AMC+

The family-friendly movie Christmas with Felicity is now streaming on AMC+, click here to enjoy it over the holidays. While Christmas with Felicity is primarily set in the fictitious Wisconsin town of Aspen Grove, the majority of  the film was shot on location in Historic Downtown Long Grove and included over a dozen local businesses and  residences as well as Historic Wagner Farm in Glenview and Cutting Hall Performing Arts Center in Palatine with additional scenes filmed at residences in Barrington and Buffalo Grove.

After failing in business and in love, a downtrodden Felicity Olson moves back home with one goal: make enough money to reclaim her life in Chicago. But when a handsome, Christmas-loving dairy farmer inspires her to start a new baking business, their connection challenges Felicity to find the positive in life and rekindle her holiday spirit once again.

Enjoy the holiday season and for more of the latest in film and television news in Chicago and the Midwest, click here to subscribe to SCREEN’s once-weekly newsletter.