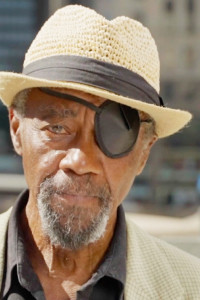 Channels Changers is a documentary-in-progress about the advent of the African American Ad-Maker. Starting in the mid-1960s, the film celebrates Chicago-based industry leaders and innovators who were largely shut out of mainstream advertising until the Civil Rights Movement opened the doors a little wider.

The Ad-Makers themselves — a group that includes Emma Young, Jim Glover, Al Hawkins and Lowell Thompson (pictured at top) — boast a legacy of renowned work for brands like Budweiser, Coca-Cola, Ford, McDonald’s and Pillsbury, compiled while working in shops like DDB, FCB and Leo Burnett.

The ads and commercials they created are familiar, but the stories behind them have never been told.

“Our Black hands and minds are behind some of America’s whitest ads,” says Thompson. “The beauty is that we colorized them from the inside.”

Thompson introduces the journey with outspoken charm and natural charisma before joining his fellow Ad-Makers to trade stories about campaigns, coworkers and creative efforts. Along the way, they often share intimate personal details about toil and success.

In Chicago post-production boutique Utopic, Glover describes the challenge of making McDonald’s legendary Morning Glory campaign — the one that introduced the breakfast menu — while he was “the only Black person in the creative department.” In a booth at Shaw’s Crabhouse, Young tells the story about McDonald’s groundbreaking Mama’s Date commercial starring a single mother, her daughter and a suitor.

The action moves to a soundtrack composed by Darryl Duncan featuring lyrics written by Thompson.

A Chicago ad veteran turned documentarian, Stevenson is teaming up with Thompson to co-executive produce Channels Changers. He has tapped a number of contemporaries to appear in the film, including former FCB Executive Creative Director Mike Rogers and industry legend Bruce Bendinger.

Reinvigorating their persuasive finesse, Stevenson and Thompson secured a substantial leadership contribution from FCB Chicago after making a pitch to President Kelly Graves at the agency’s office in the Hancock Center.

Stevenson says the whole thing started with an inspiration that came to him on a park bench during a visit to his mother-in-law in Safety Harbor, Florida.

“I had been chomping at the bit to make something and I thought, ‘wait a minute, what if we did a documentary on Lowell’s book?’” he recalls. “Lowell was very interested, but he said, ‘no no no: let’s make it about all of us.’”

The book he refers to is a work in progress titled, Mad Invisible Man, soon to become part of a literary canon that includes African Americans in Chicago (2012), RaceMan Answers (2014) and Branding Humans (2018) which Thompson has built since leaving the ad industry to focus on his artistic and writing career in the 1980s. It is also one more thing that makes Thompson a thriving example of the meaning behind the film’s title, Channels Changers.

Born and raised on a Chicago street named in honor of an African American soldier, Lt. George L. Giles, Thompson spent his teenage years in the Robert Taylor Homes and entered the professional world as an office assistant with the Chicago Tribune on Michigan Ave. He proceeded to work at some of the biggest agencies in town including FCB, McCann Erickson and Leo Burnett.

“The Civil Rights Movement was about changing channels,” he says. “Most people were born on one channel and never even think to change it, but some people say ‘wait a moment, I don’t like this channel.’”

Keeping the movement in motion

Seeded in the 1955 murder of Emmett Till, who was falsely accused of whistling at a white woman, and accelerated by the 1964 murders of James Chaney, Andrew Goodman, and Michael Schwerner, Thompson says that the Civil Rights Movement revealed a “gross, unrepentant lie of America.”

The advertising industry grew more diverse in the wake of these events, according to the Ad-Makers; but agencies still have a way of reminding African Americans that they are the only Black person in the room.

As a result, the success stories are occasionally dotted with moments of astonishing ignorance. A former Leo Burnett creative explains how an exec thought it would be okay to enhance a television commercial with the song, Dixie. A Needham staffer recalls hearing a coworker say, “there’s a Black guy working here, and he makes more than me.”

The Ad-Makers recall these moments with admirable fortitude and, in this respect, become even more impressive than the work itself. They touched millions of consumers with creative expression after growing up in a world where Black people could be murdered for allegedly making the wrong kind of sound.

Production on ‘Channels Changers‘ will continue throughout the year, and the film is expected to premiere in Spring 2023.